What the hell is going on with this entry in the Huxtable timeline? Cliff eats a sausage sandwich before bed and has an extended nightmare with puppets. It's weird, but not particularly funny. Also, Wallace Shawn provides a super explain-y narration for the whole thing even though it's really clear what's happening. Like, the show has already had a dream sequence episode, and we didn't need hand-holding last time. The whole thing is just a giant misfire, in my opinion. Oh well, I can't wholeheartedly dislike anything that has Phylicia Rashad and Jim Henson creations.

Since this episode was nonsensical, I'm going to handle the outfits in the order in which they appeared, rather than doing the usual character-by-character rundown. 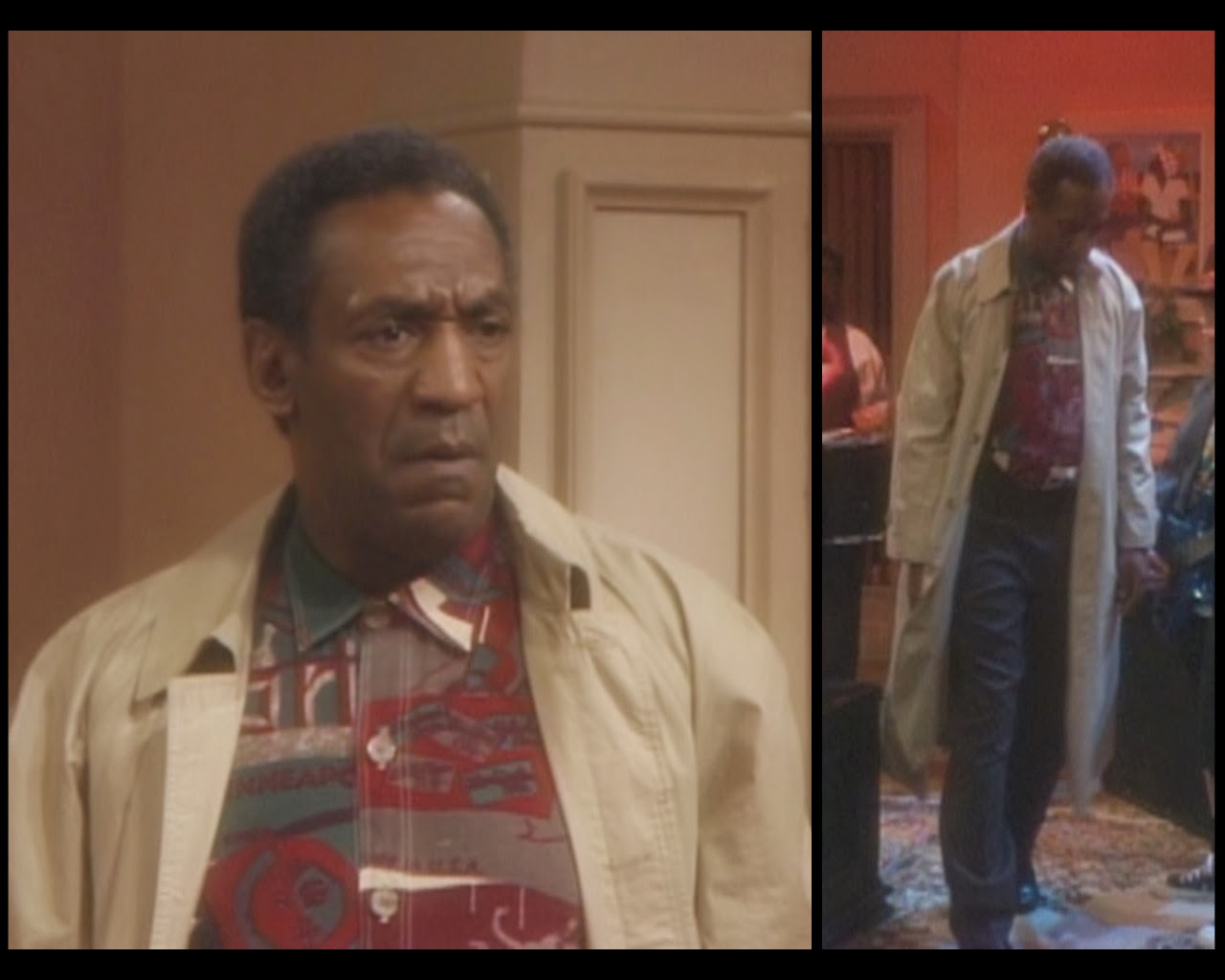 Your brain is broken, doc.

Cliff falls asleep in this getup, and then envisions himself wearing it throughout his journey into the subconscious. That shirt is ugly even by his standards, and the buttoned-to-the-top look just ensures that the hideous print covers as much of him as possible. Since the slacks are too plain to comment on, we're left with just this heinous shirt to contemplate. This really is a nightmare. 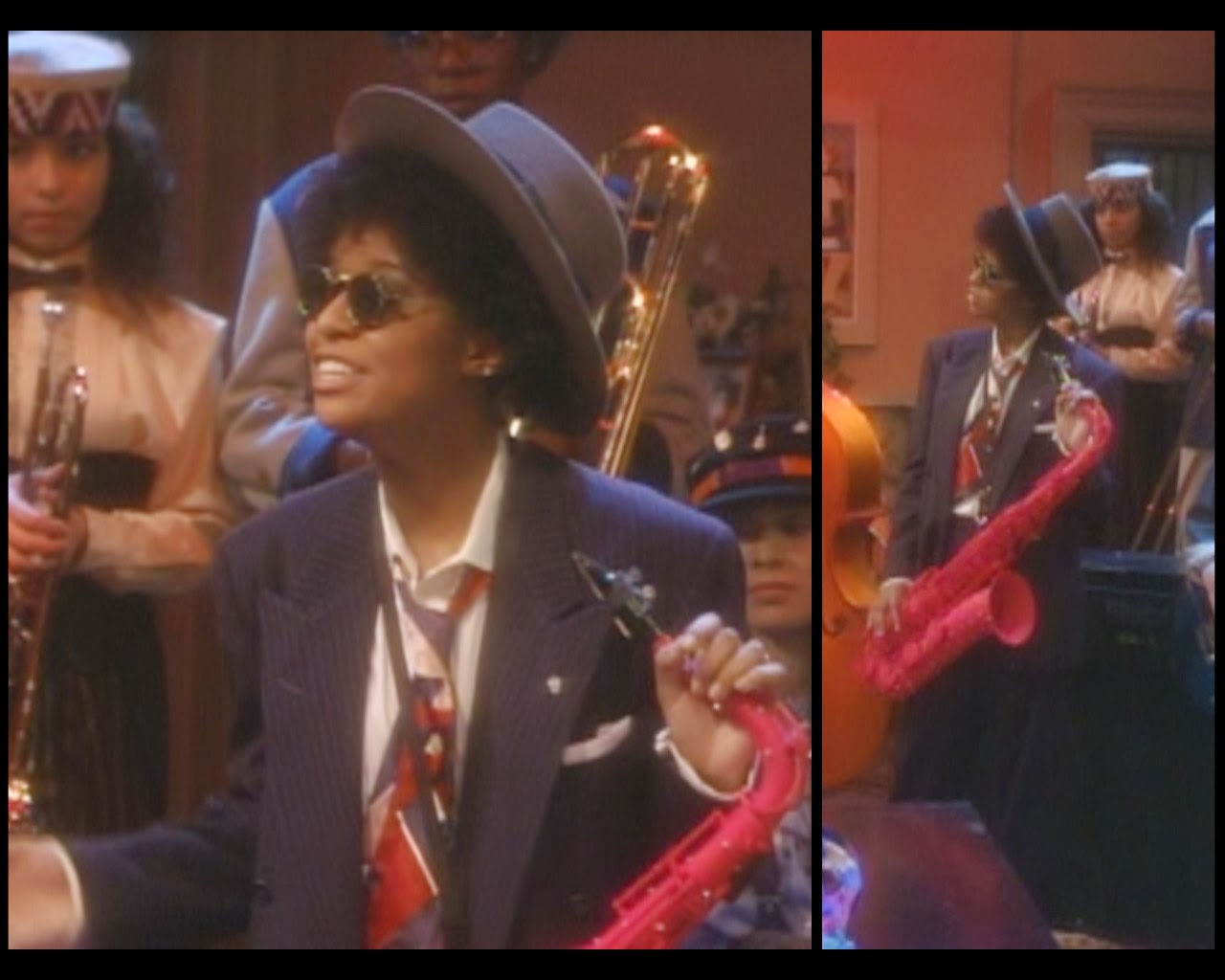 His first vision is of Vanessa as the saxophonist in an all-female funk band. Other than the sunglasses, which aren't great for her face shape, this is a great look for her. Kind of costumey, but at least assertive in its outlook. If she tailored that coat a little, she'd really have something. 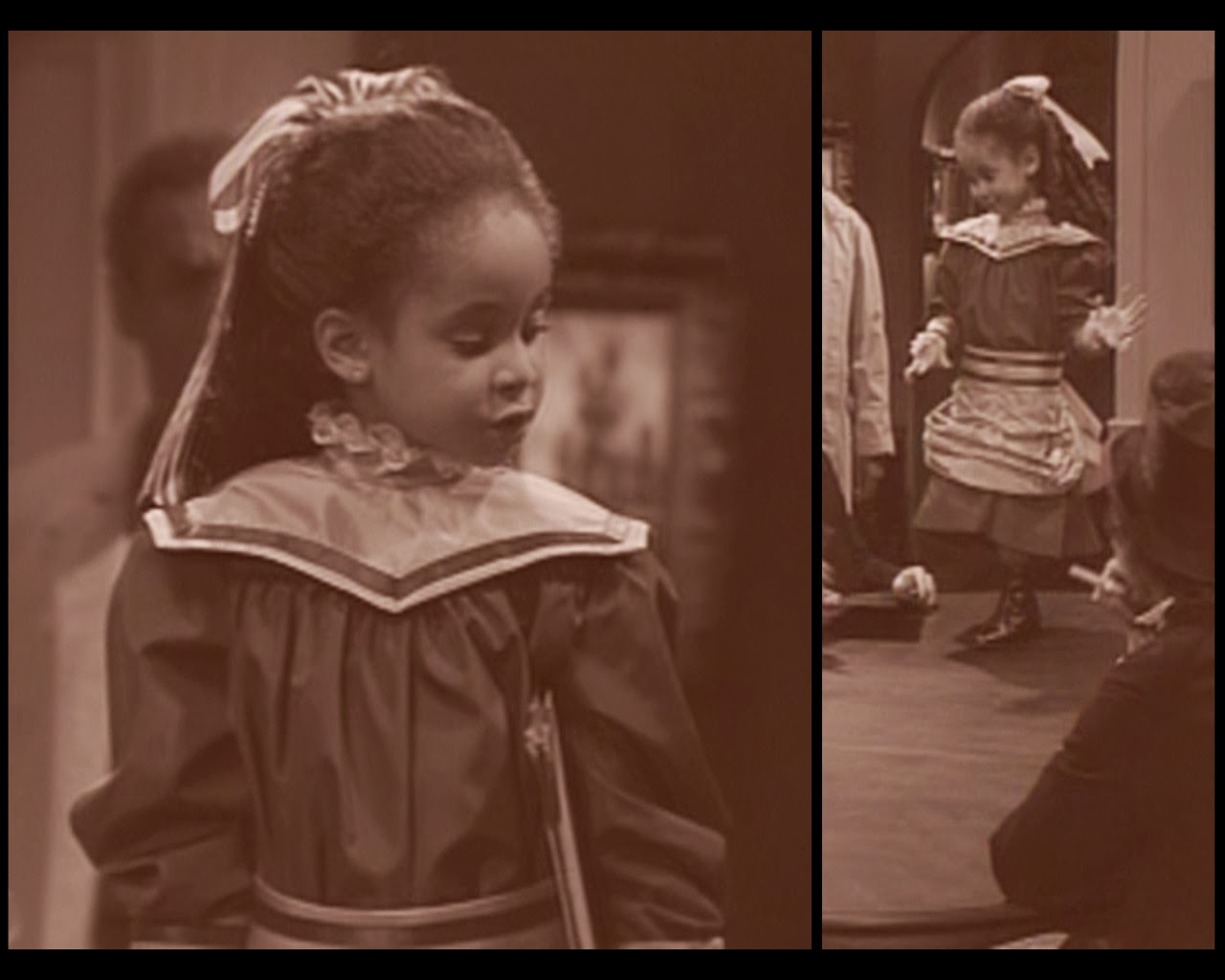 Why is Olivia rocking vintage duds? Who knows? There are a number of day players in period garb as well, including writer/producer Carmen Finestra in his third trip in front of the camera for the show, but it seemed entirely unworth it to examine a bunch of sepia-toned regional theater castoffs. 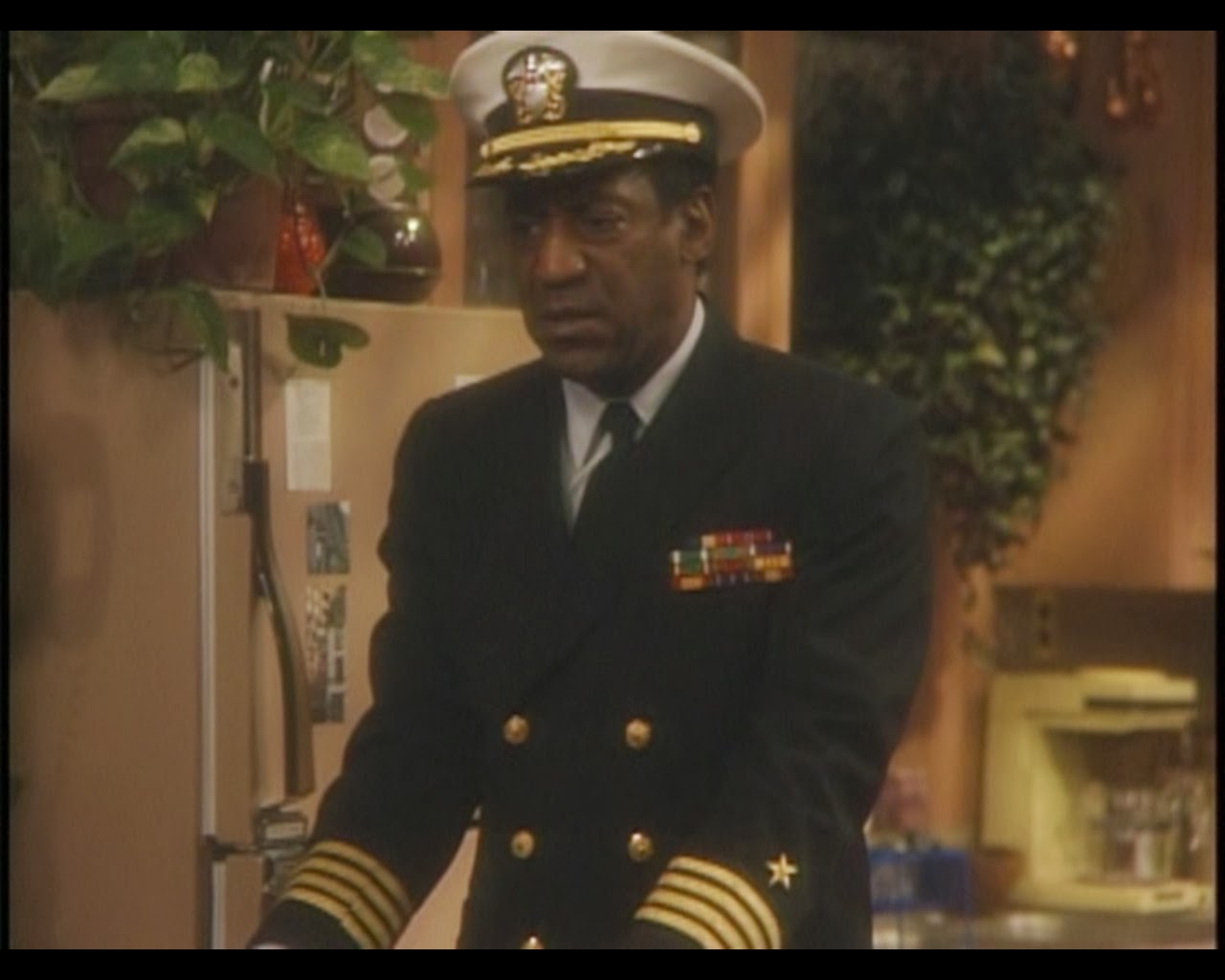 This show is really into the armed forces.

And then Cliff is in a military uniform, but not the uniform he served in. 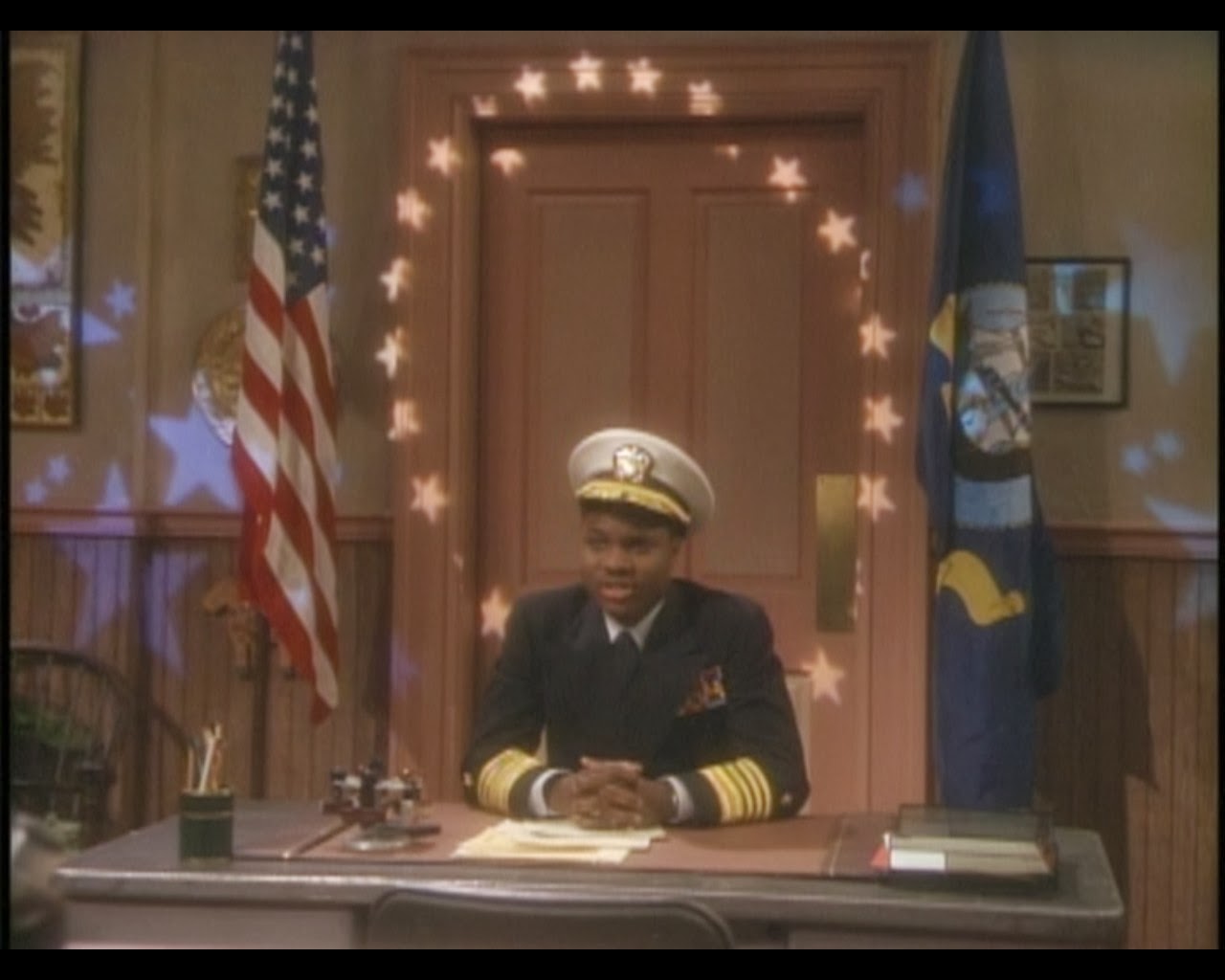 This set decoration is on point.

Theo is also in uniform, as a higher-ranking officer. 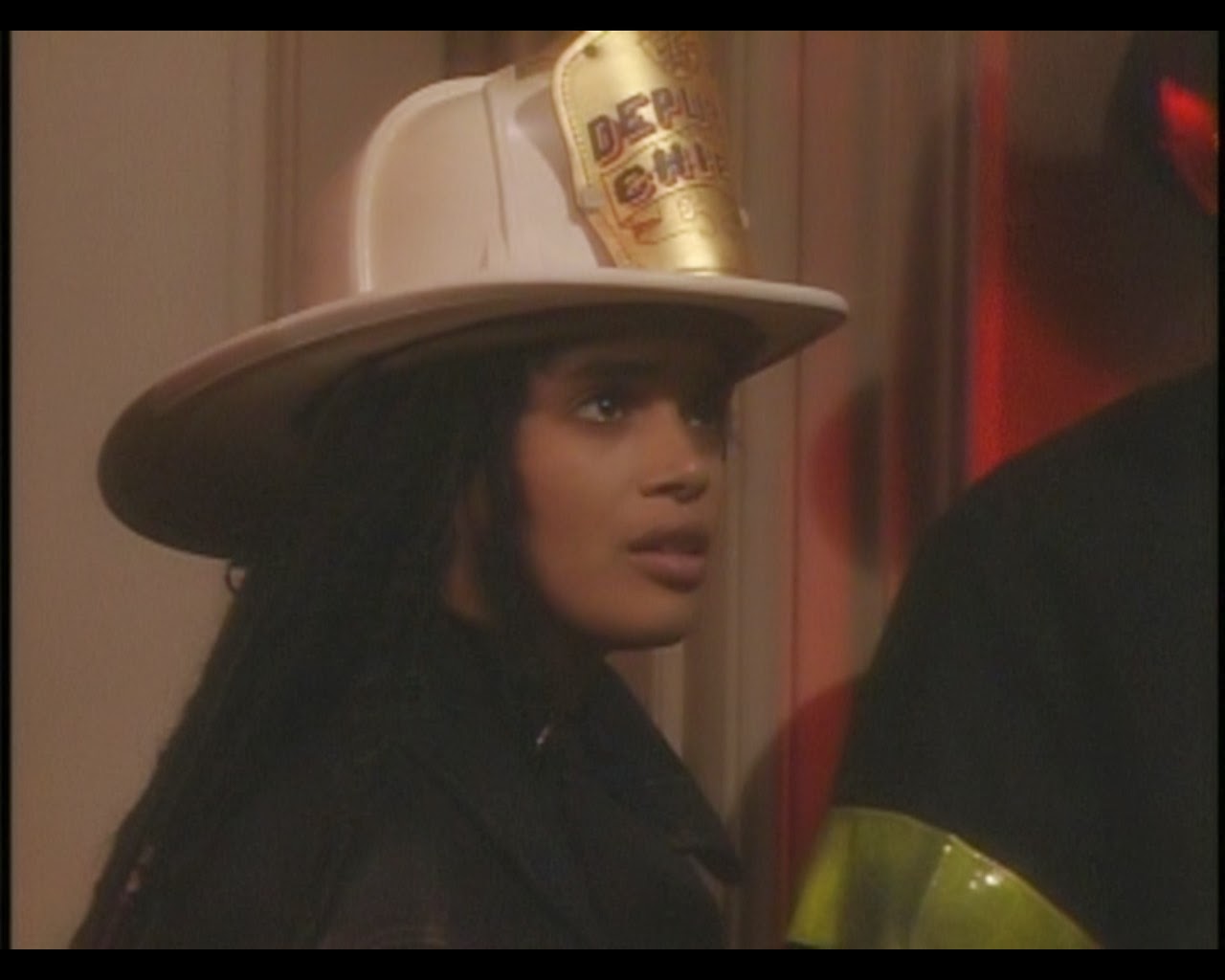 Denise appears as a firefighter, along with a couple other dudes. They're all wearing standard-issue fireproof clothing, serving function with fashion to be found. Notice, though, that she has her old hair here; the episodes were clearly not aired in the sequence they were filmed. 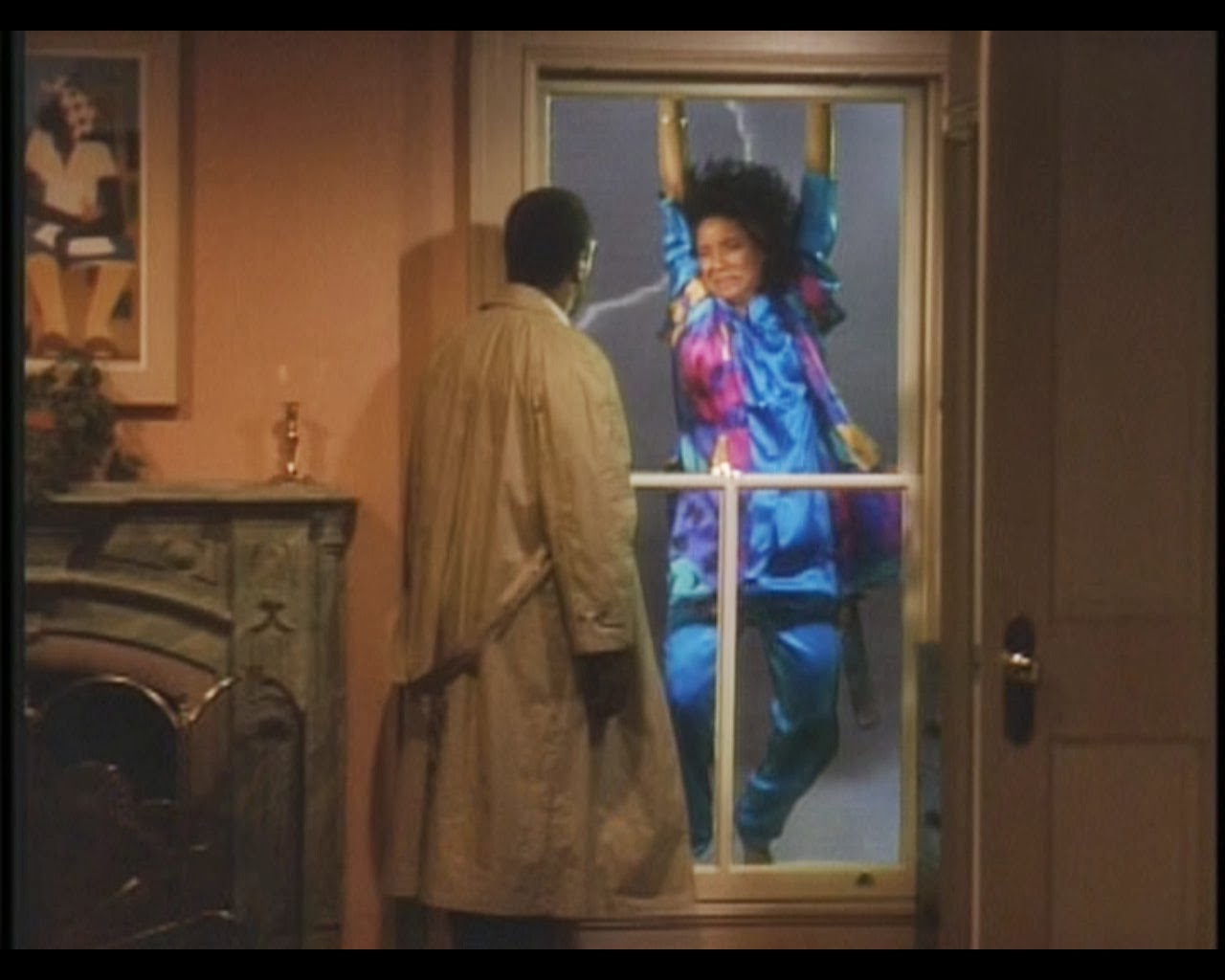 Clair is in pajamas. 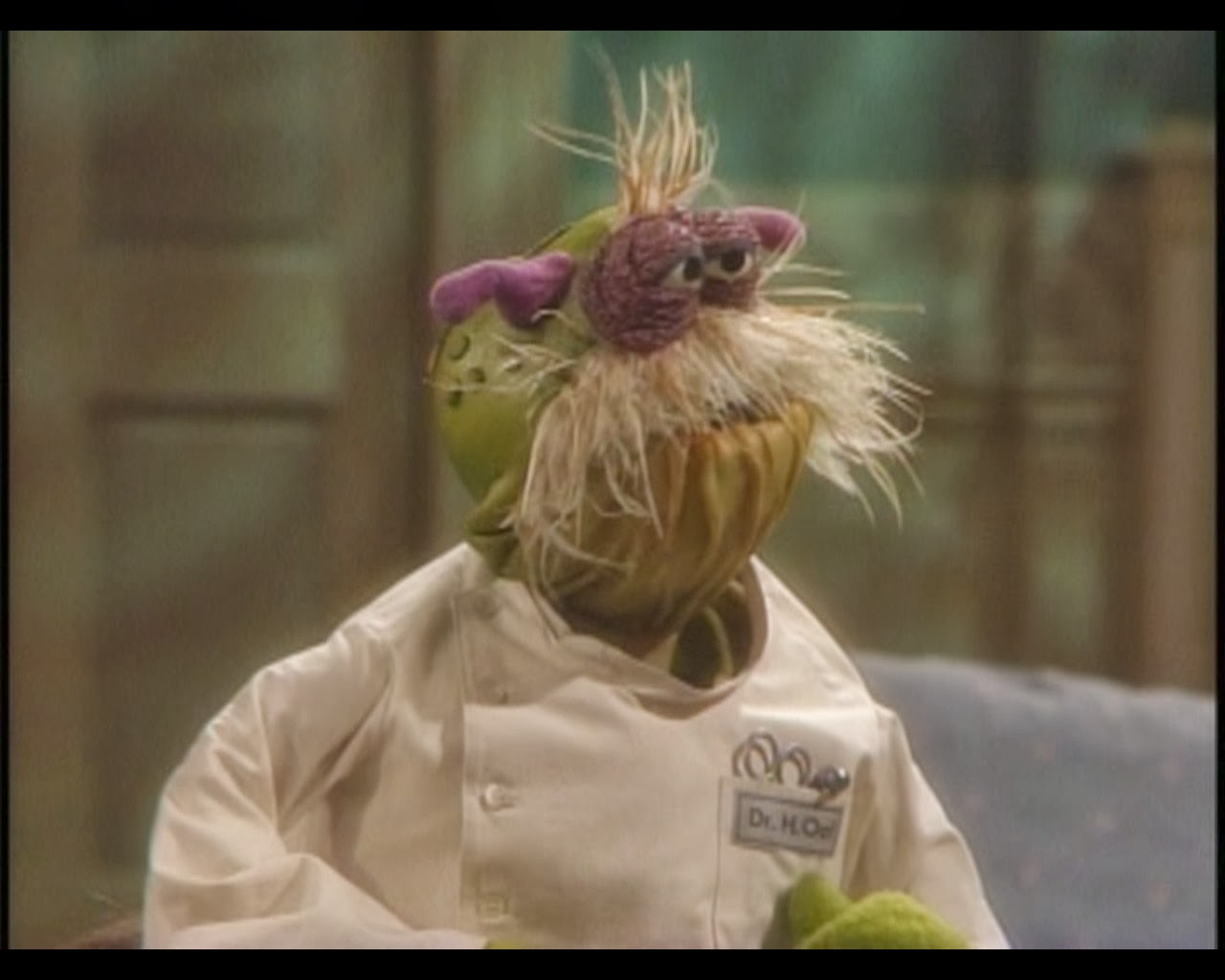 And then the Muppets start to appear. 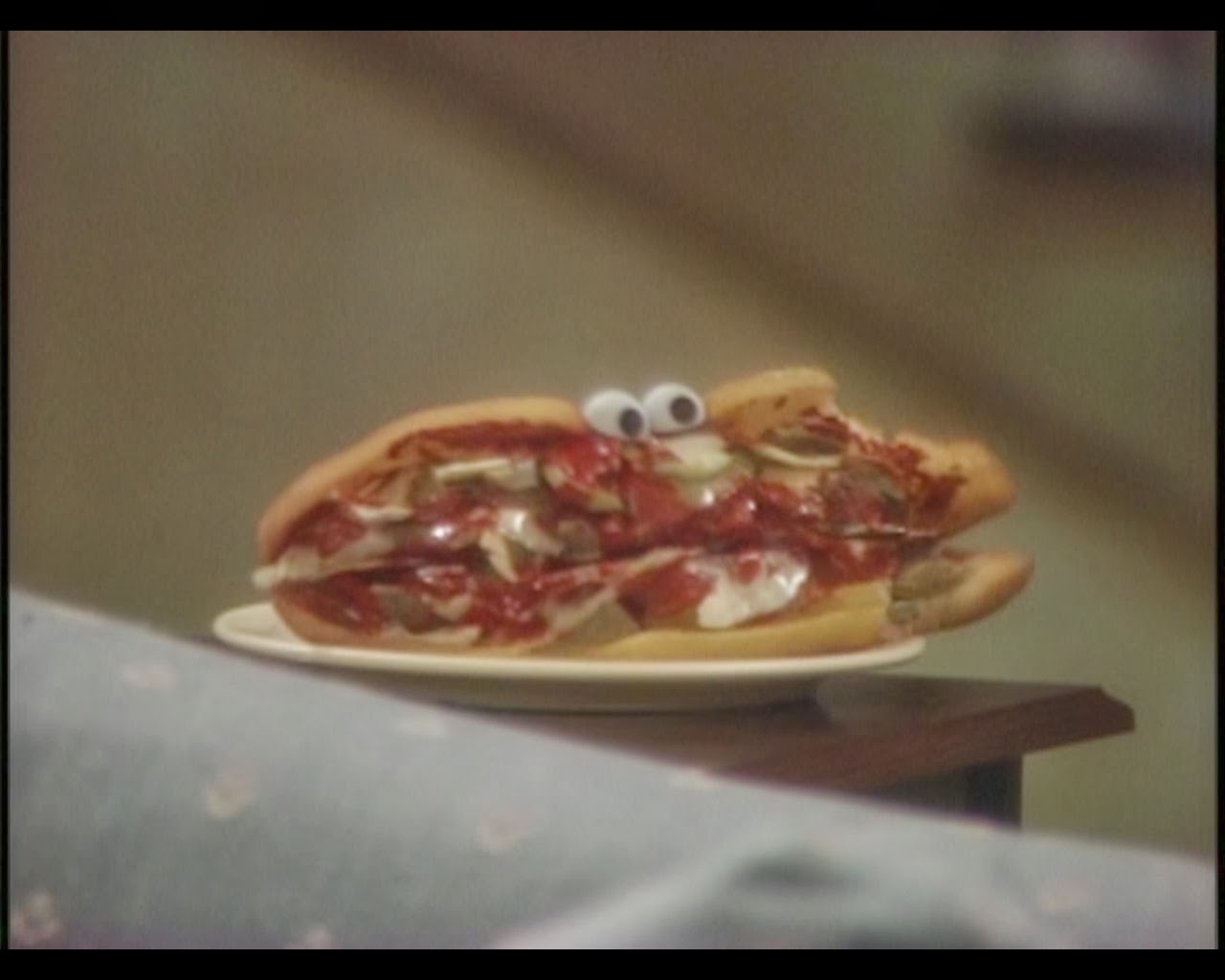 Including a sentient version of the sandwich Cliff ate. 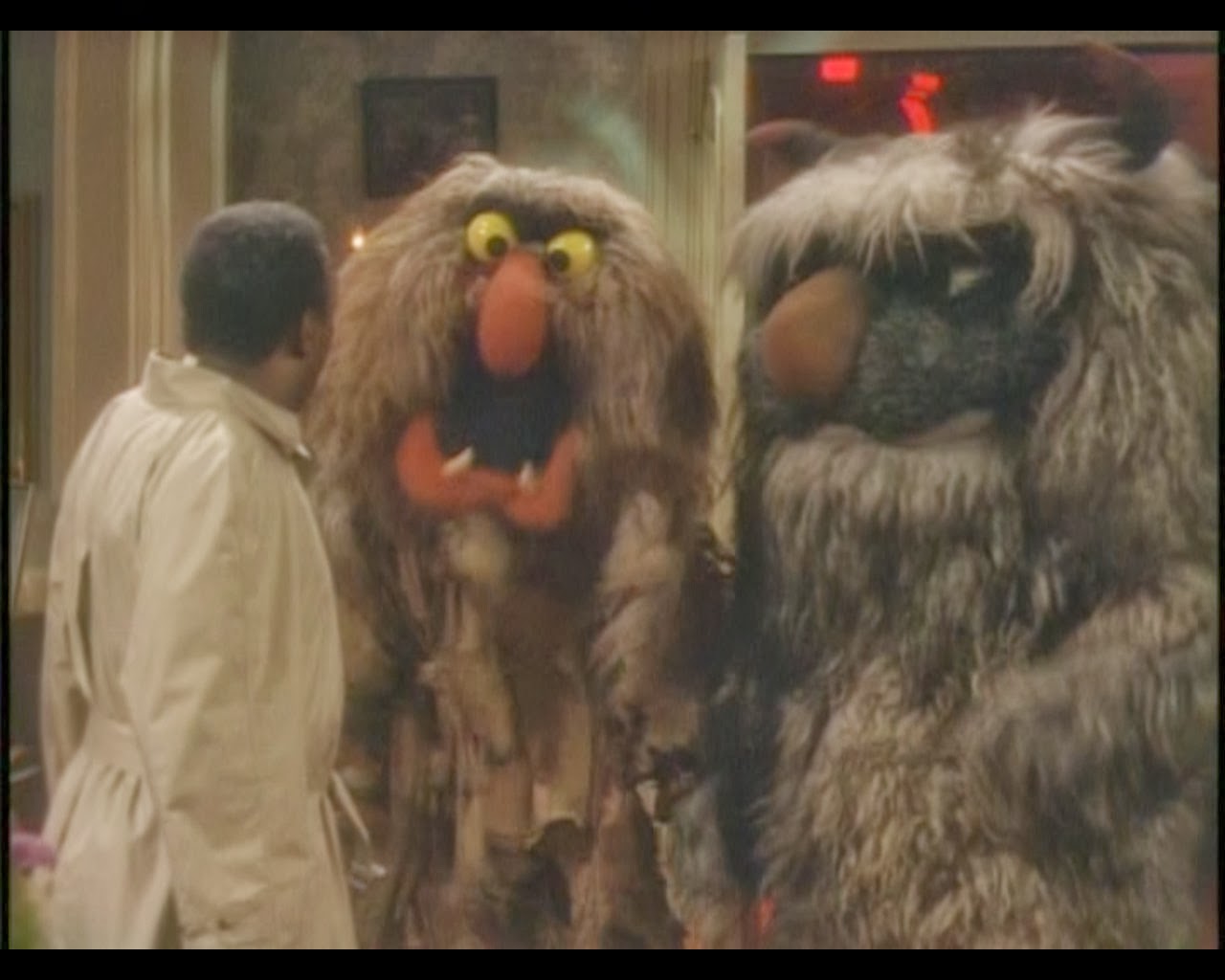 And some familiar faces from The Muppet Show. 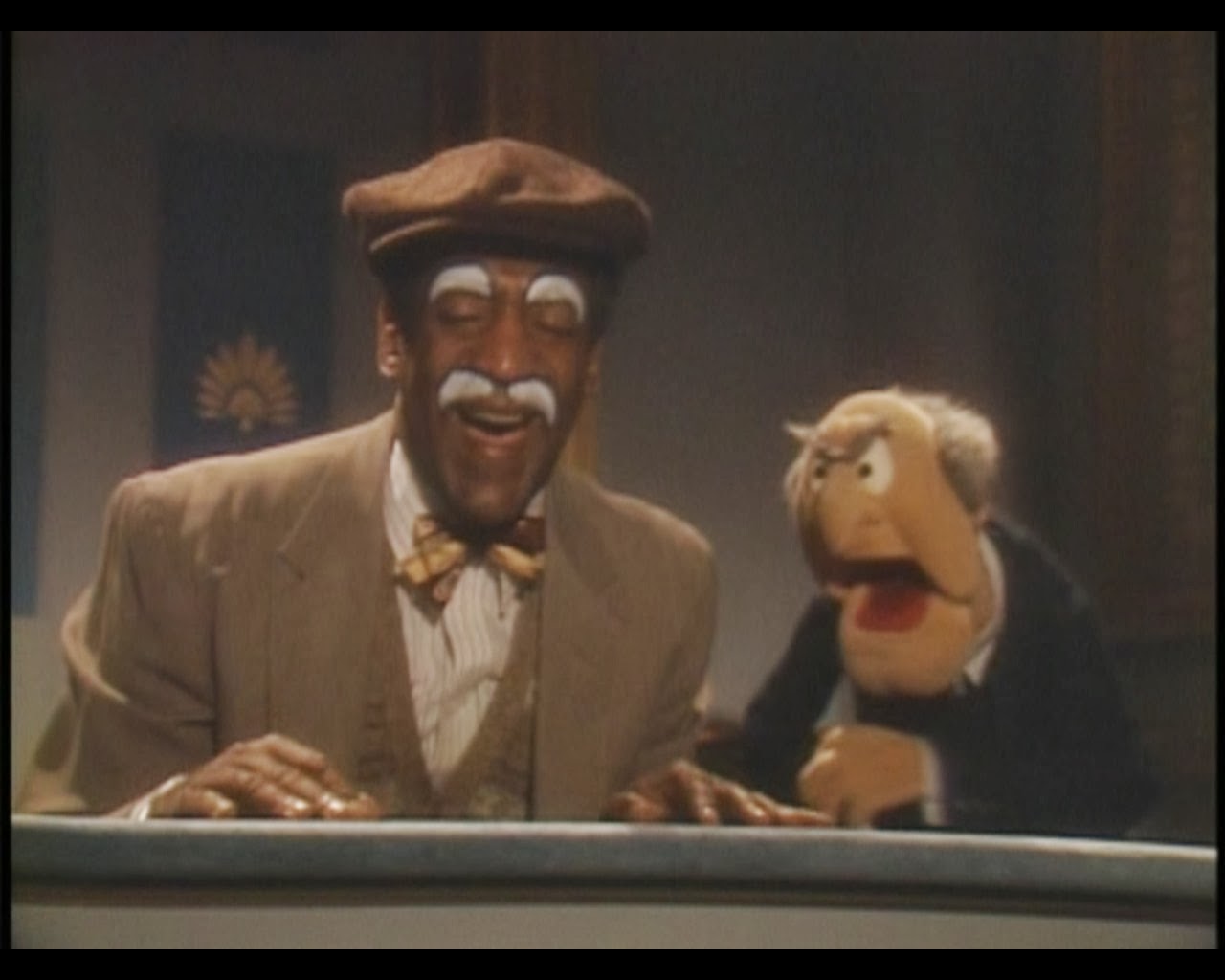 Eventually, Cliff effectively becomes a Muppet. There are a lot of other fabric friends roaming around, ranging from old stalwarts like Gonzo to creations we've never seen before. I'm not going to screencap them all. 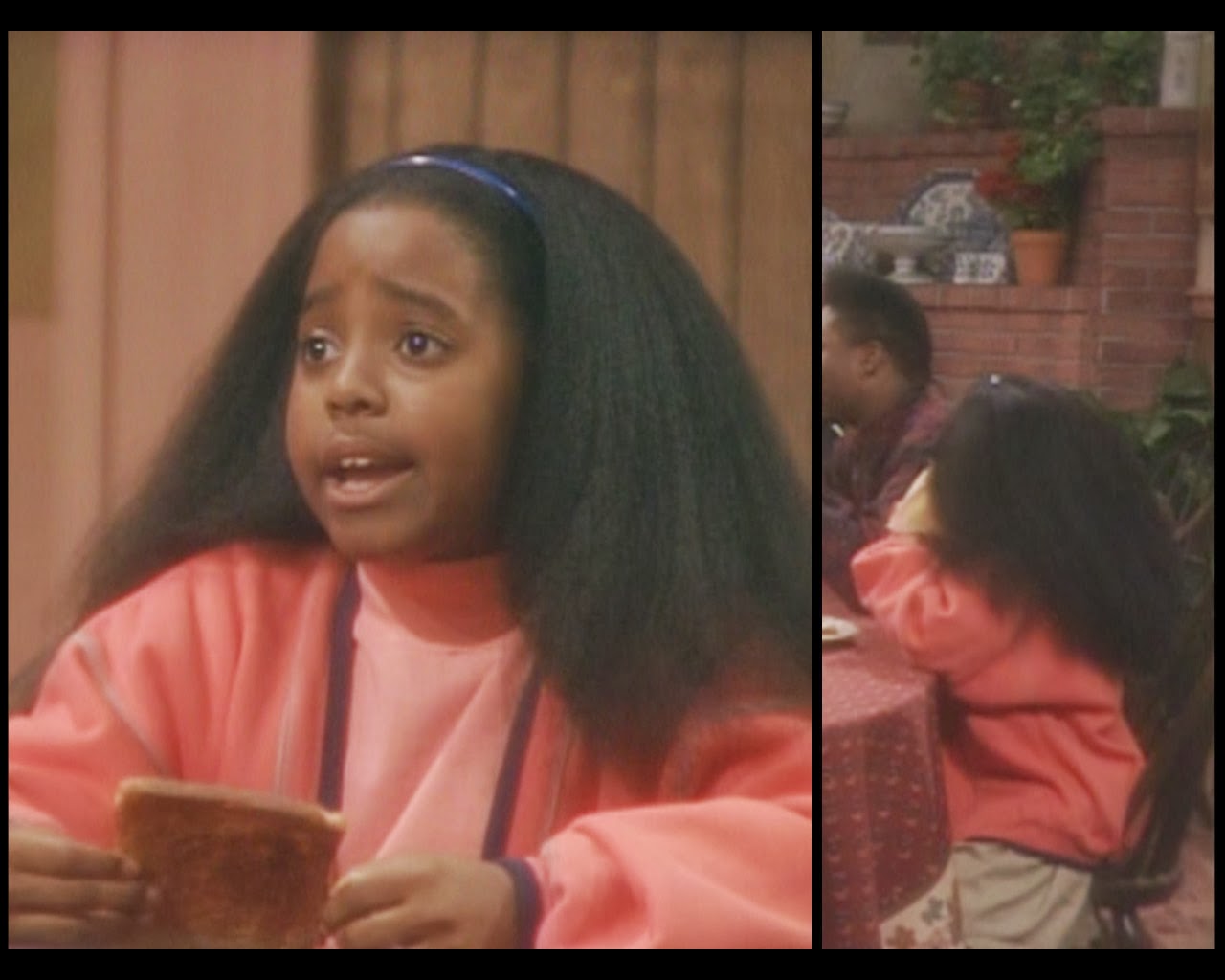 He's already asleep, she didn't need to wear this snooze of an outfit.

Cliff eventually "wakes up" but is actually still dreaming. Still, to sell the fake-out, they put people in regular clothes. Here's Rudy wearing some pink. Whatevs. 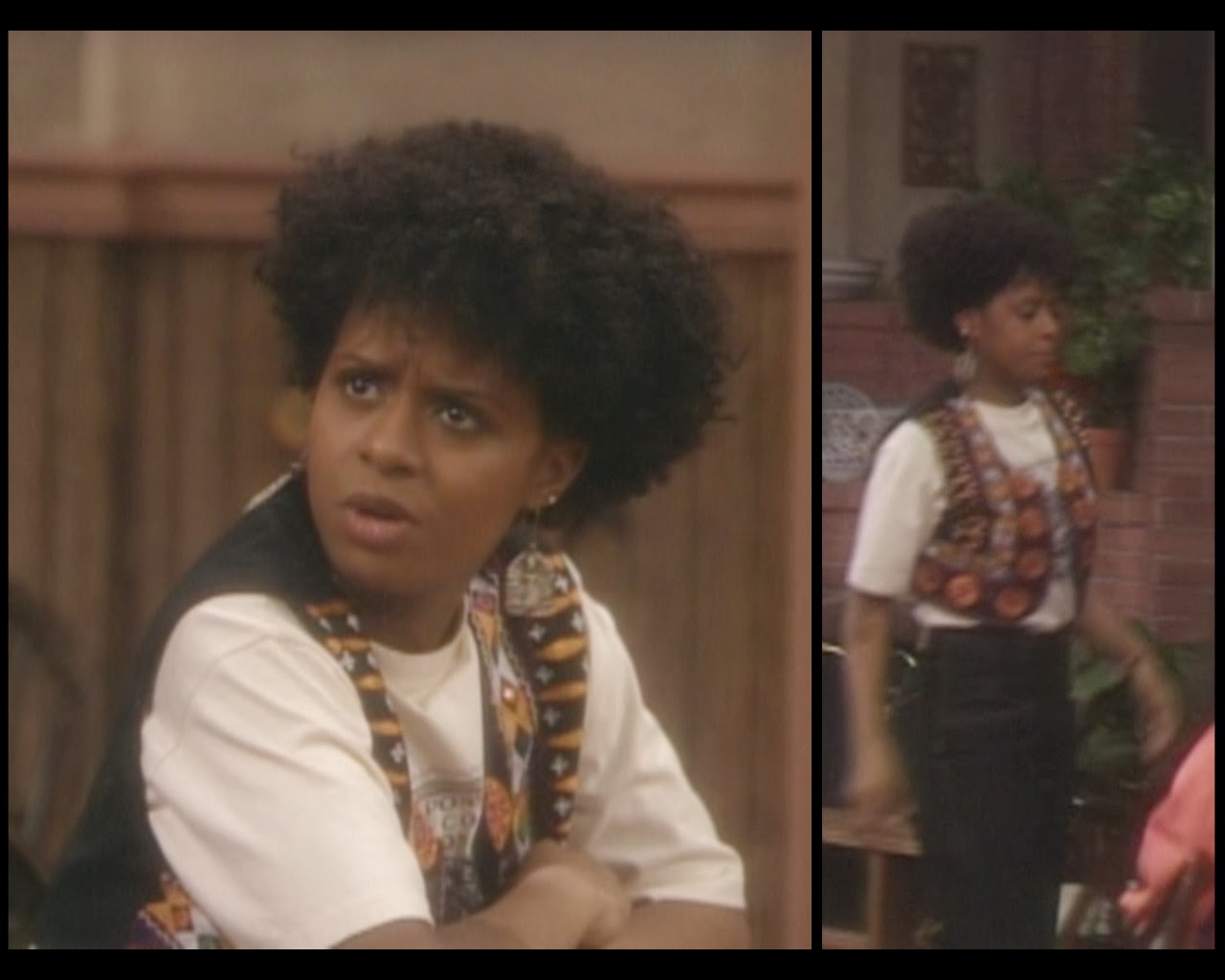 Vanessa delivers another variation on her signature combination of high-waisted pants, a t-shirt, and a vest. The silhouette is overall not bad, and I'm fine with the palette, but the pattern on that vest is total crap. Leave it to her father to dream that disaster up. 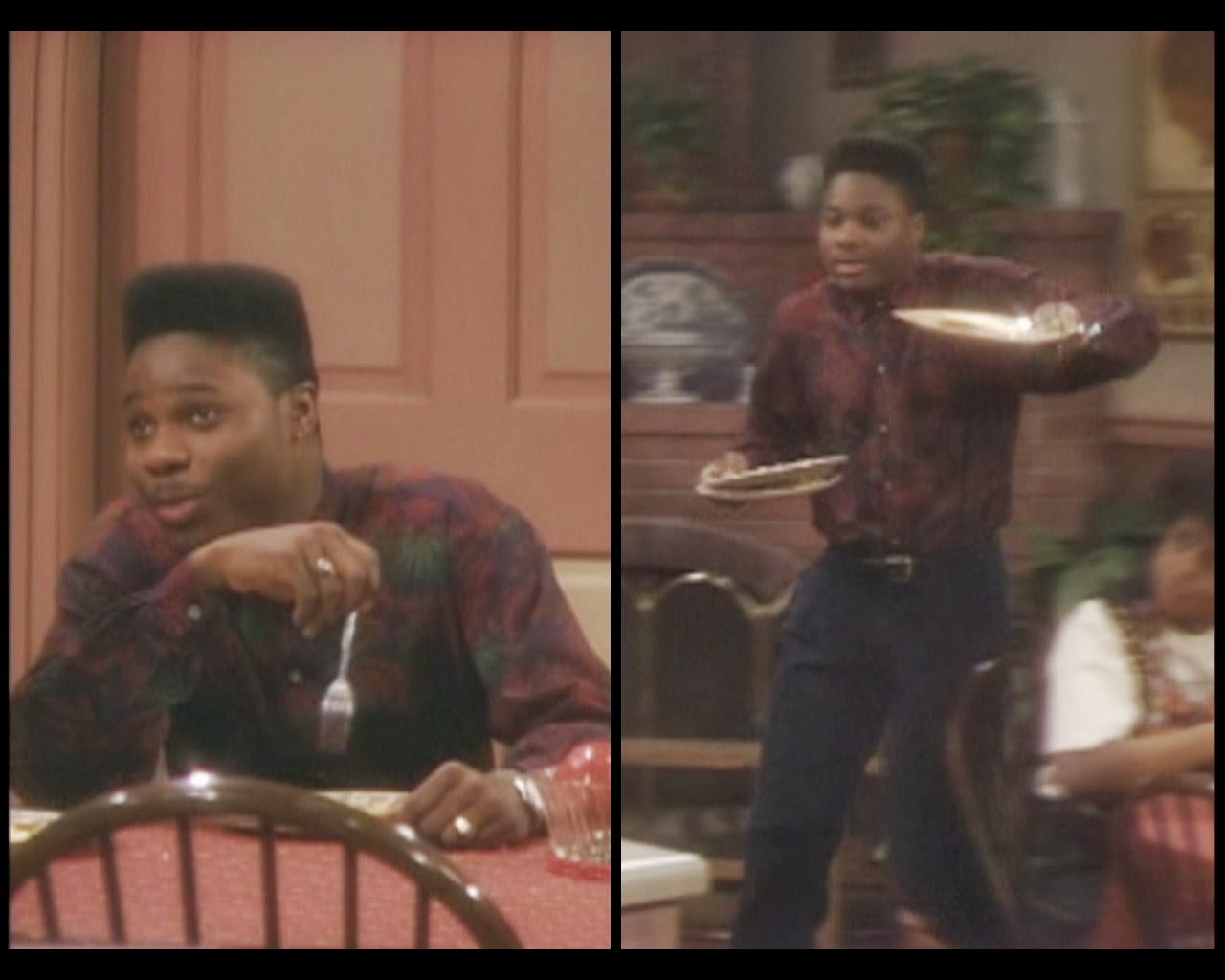 Cliff's brain is basically a trash fabric generator. This is a harrowing window into his psyche.

And that's that. Sorry for the slapdash entry, but I couldn't get done with this episode quick enough. (Ironic since I'm late posting yet again.)
Posted by Unknown at 12:21 AM