IMDb lists this episode as "Cliff la Dolce," but I'm pretty sure they're wrong. The plot centers on what a terrible father Cliff is: while Clair and Denise are out of town, he is left without mothers to guide him through the process of raising girls. I dunno, it seems to me like he'd have a solid handle on the process by now. Since when does this place have table service?

There are a few guests this week, but only one new one: Traci Wolfe as the waitress Theo hits on. Other than this, her only other acting gig has been the role of Danny Glover's daughter in the Lethal Weapon movies. Her ensemble here is not good, really. Other than the black/red combination, she gets essentially nothing right. The narrowly pleated skirt, long vest with sparkly embellishments, and gigantic bow all read as childish, the shirt is too casual, the zipped collar is too ski bunny, and the purple tights don't fit with the rest of the getup. Litany of failures. 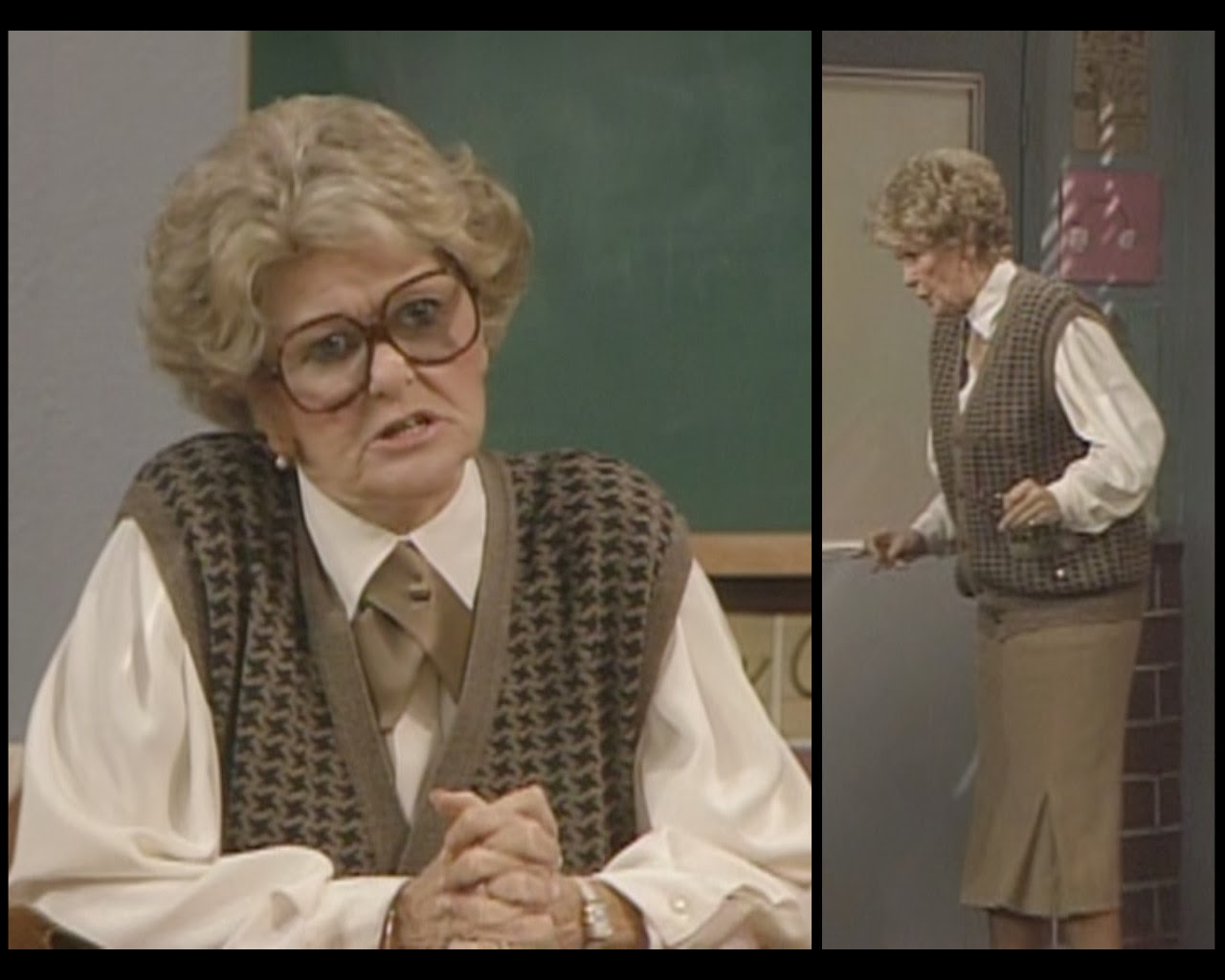 When does her song and dance number come?

Stritchy is back as Rudy's teacher, delivering another iteration of the same outfit in a different color scheme. Skirt, sweater vest, blouse, crossover tie. She's doubling down on the shoulder pads this week, which is a mistake, but the khakis and creams suit her well. I'm not convinced that the pinwheels are the best possible print for her little cardigan, but she's in the right vicinity. 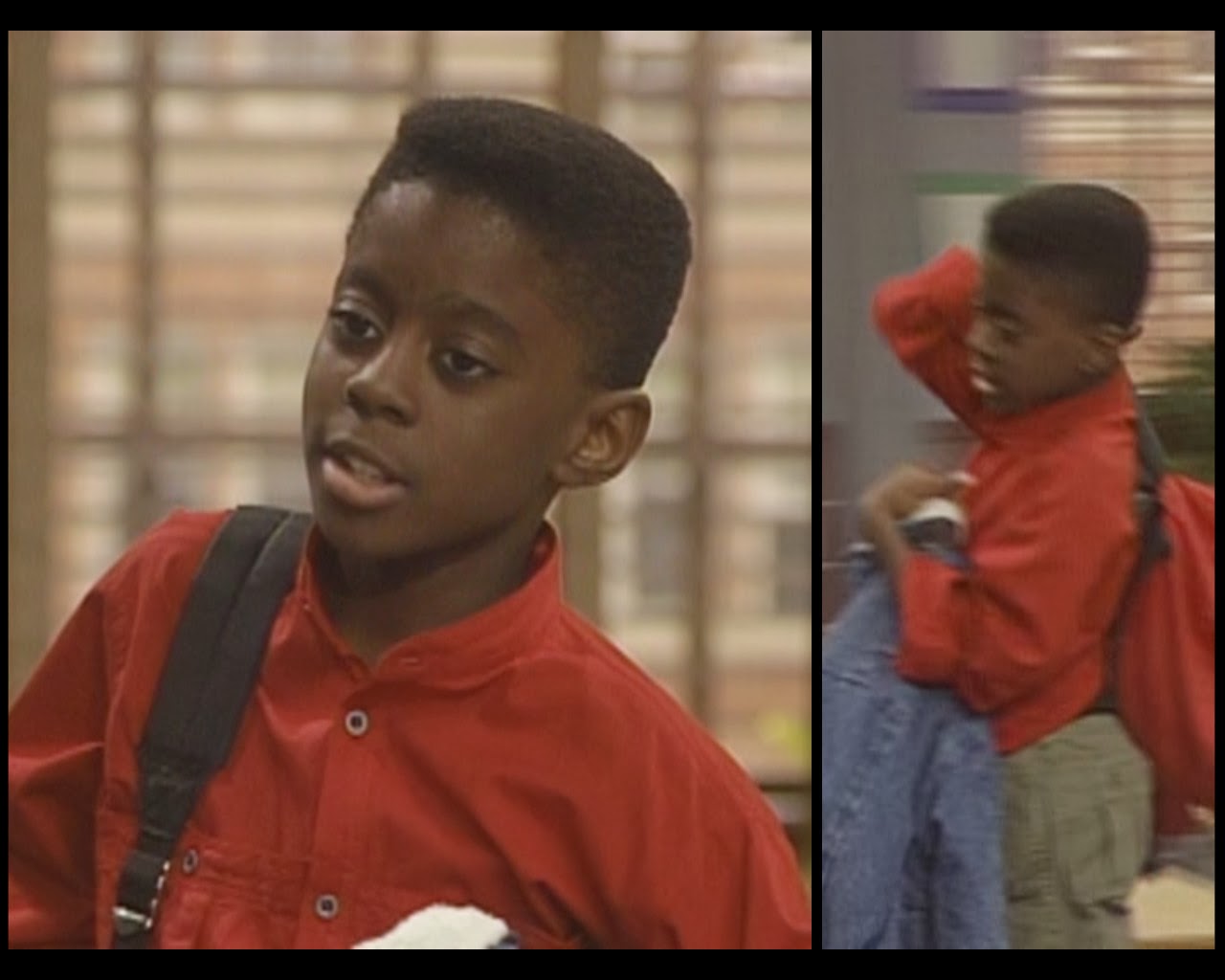 Why even write him in if he's not debating gender roles with Rudy?!

Kenny wears a red shirt and olive pants and there's probably more to say about fit and the unconventional collar and those fasteners that are probably snaps but really, how much time are we going to spend on a child? Not much. 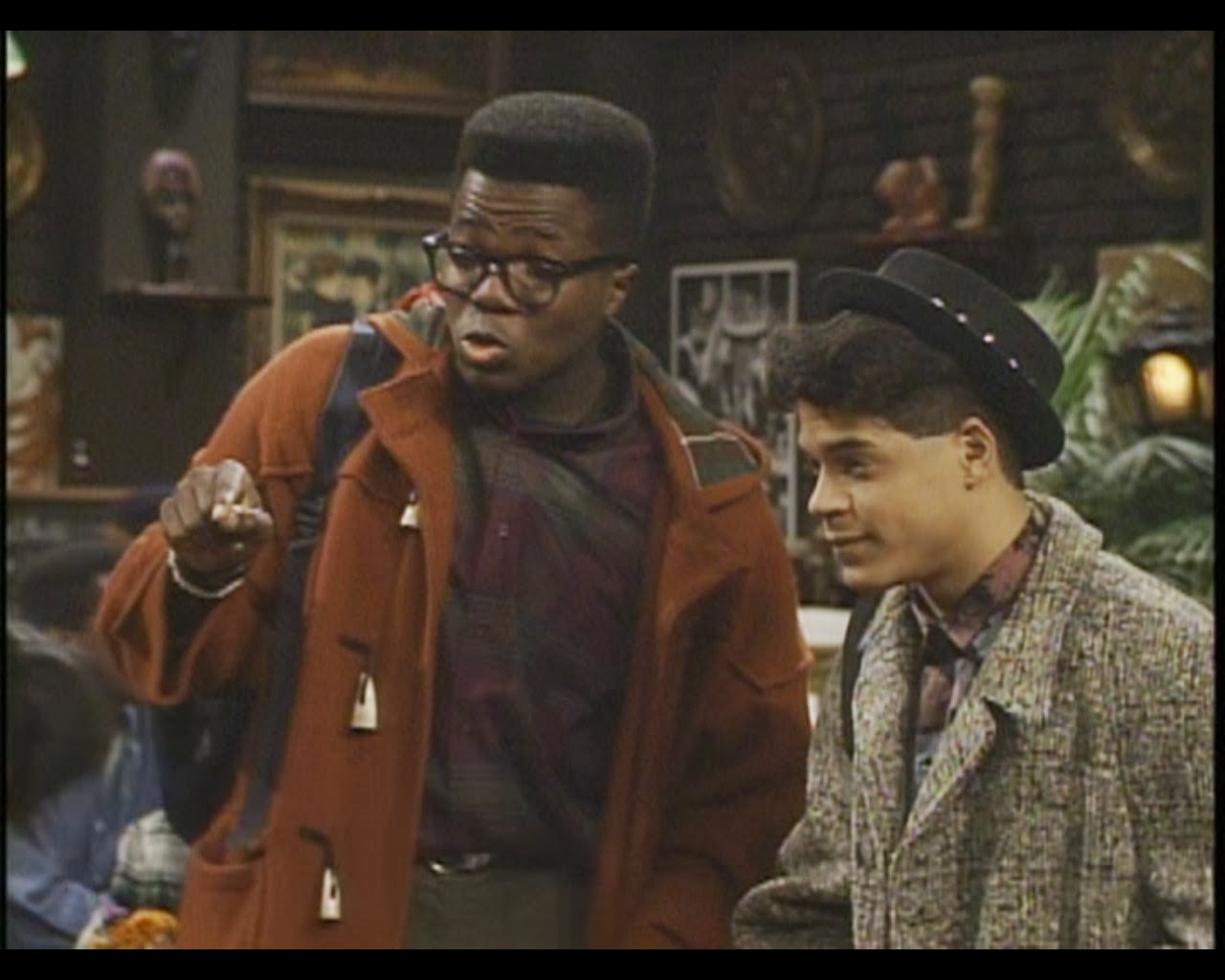 Given how brief their appearance is, I'm stunned that Howard and Lou were provided with new shirts to wear. They're decent shirts. Whatever. I'm moving quick here because I'm already so late writing this thing. Really super sorry, guys. 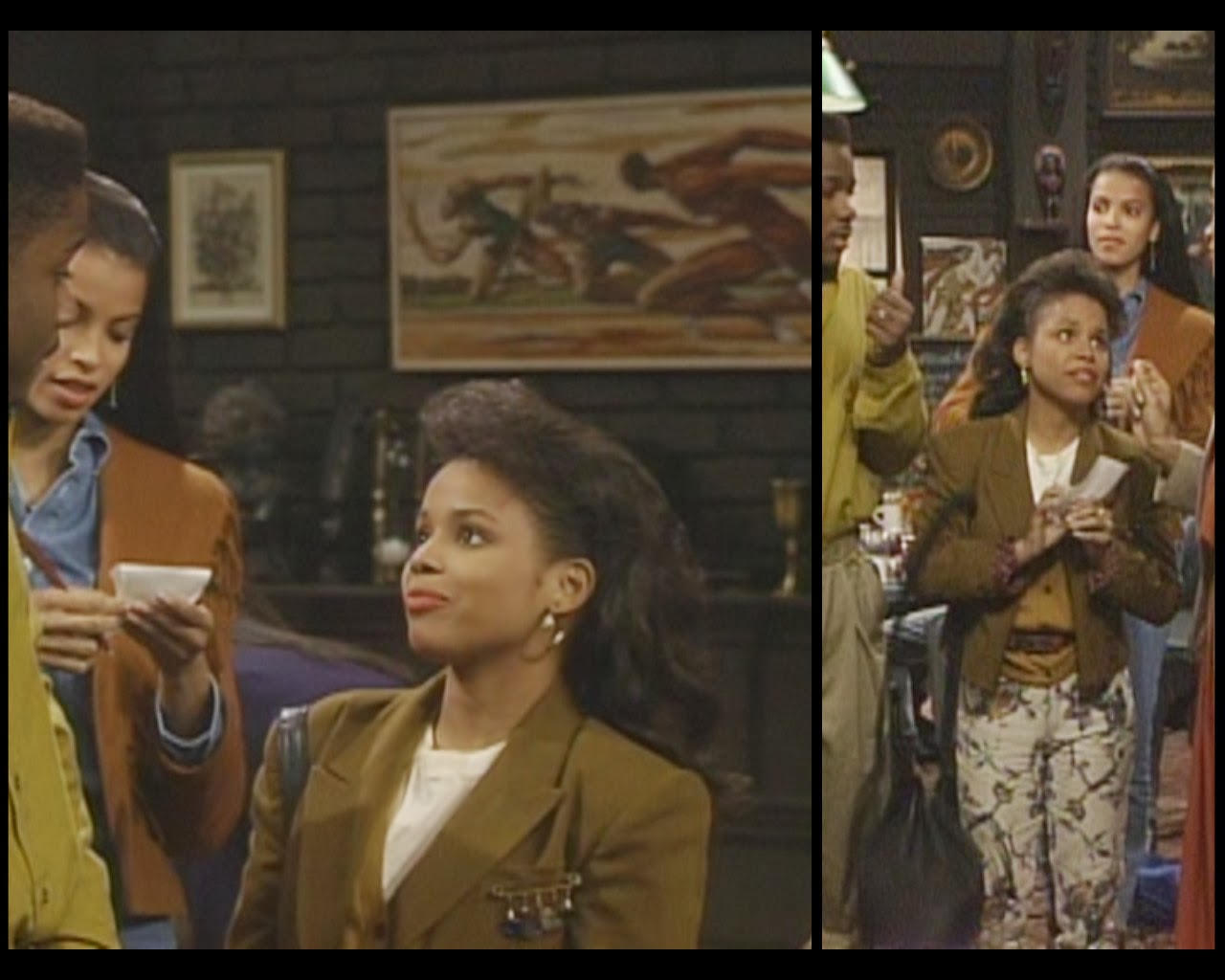 Tolerance, thy name is Justine.

Is anyone else confused about why Justine stays with Theo? We never see them happy together; she exists only to catch him in the act of flirting with other women. She's repeating two pieces from episode #5.21 here: the dangly pin from her first outfit and the pants we barely saw in her second appearance. I think the top half of her look works better if we don't view it as connected to the floral lower part. Something about the color story breaks down for me. But as separate entities, these portions each function well, and I'll allow that jacket even though its breadth far outstrips her actual shoulders. She's quite petite, I'd imagine it's hard for her to find clothing in exactly the right size. 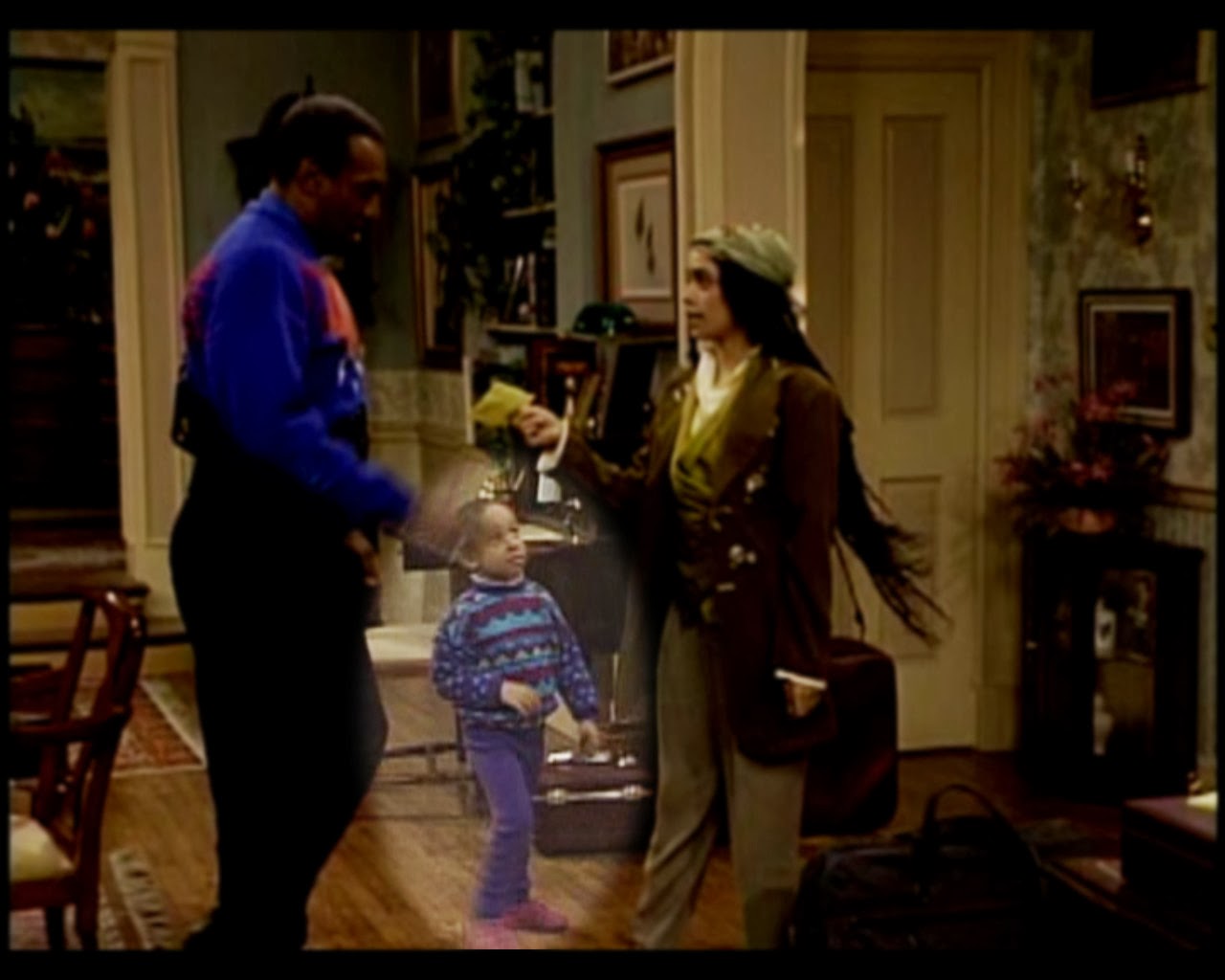 I performed rudimentary image editing tasks for you. You're welcome.

Olivia's another one who probably doesn't need a new outfit for every episode, and yet here we are. 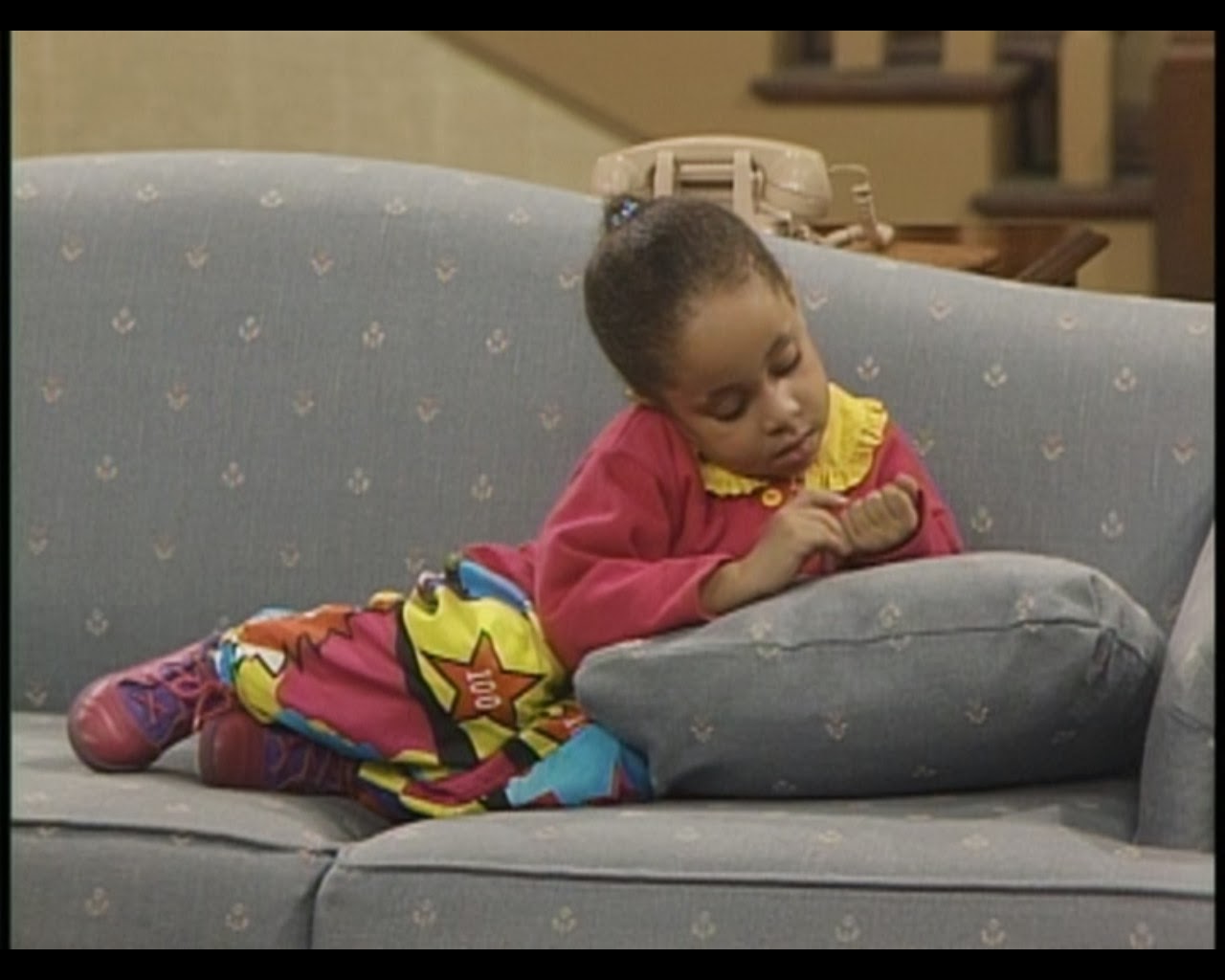 No one is cute enough to make this right.

She actually gets two looks this week, and the second one is essentially a clown costume. Like, the baggy pants, the big frilly collar, the wild colors? Clown. She's a literal clown now. 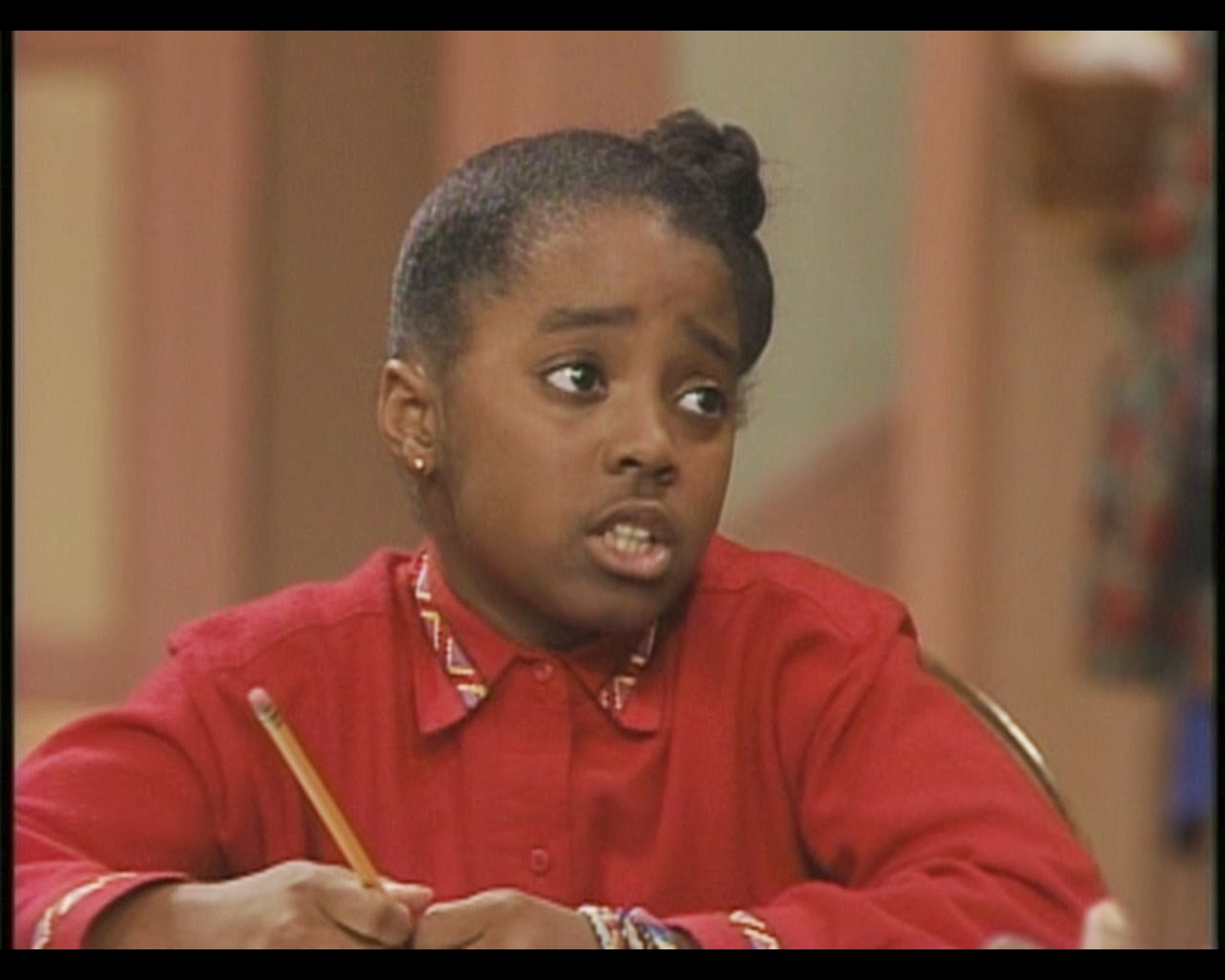 And this is what we pick to bring back?

Rudy's first appearance is seated, so all we know for sure is that she's repeating her episode #6.7 shirt. 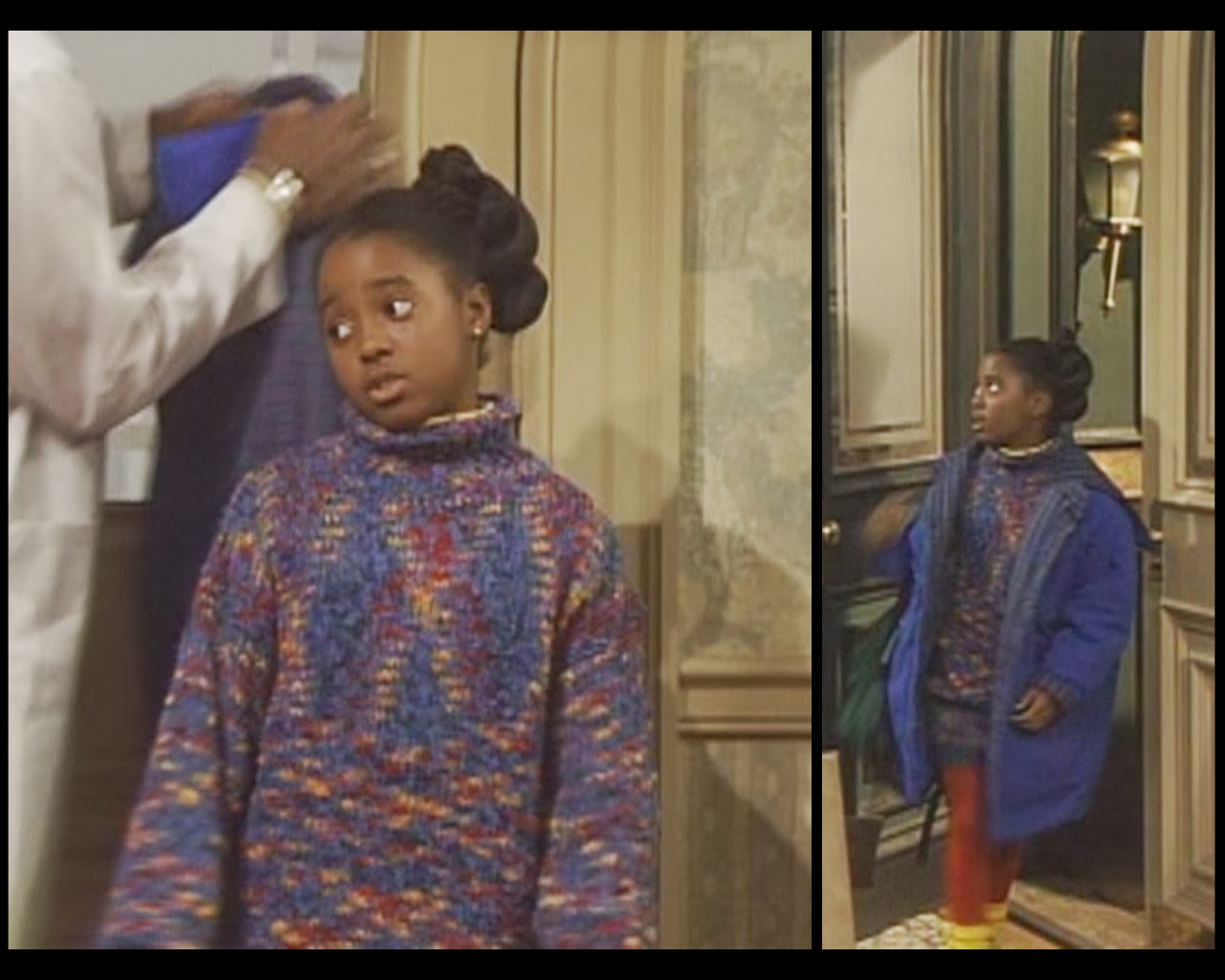 She must be jealous that the clothing budget went to the guest stars.

This is mostly a repeat, too: the giant sweater is from episode #6.5. I liked it better with jeans, because its length almost obscures the denim skirt she's wearing, and I don't want people to think she's walking around without any bottoms on! The red tights and yellow socks are a bit garish, but they're technically present already in the main garment, so I'll let that slide. 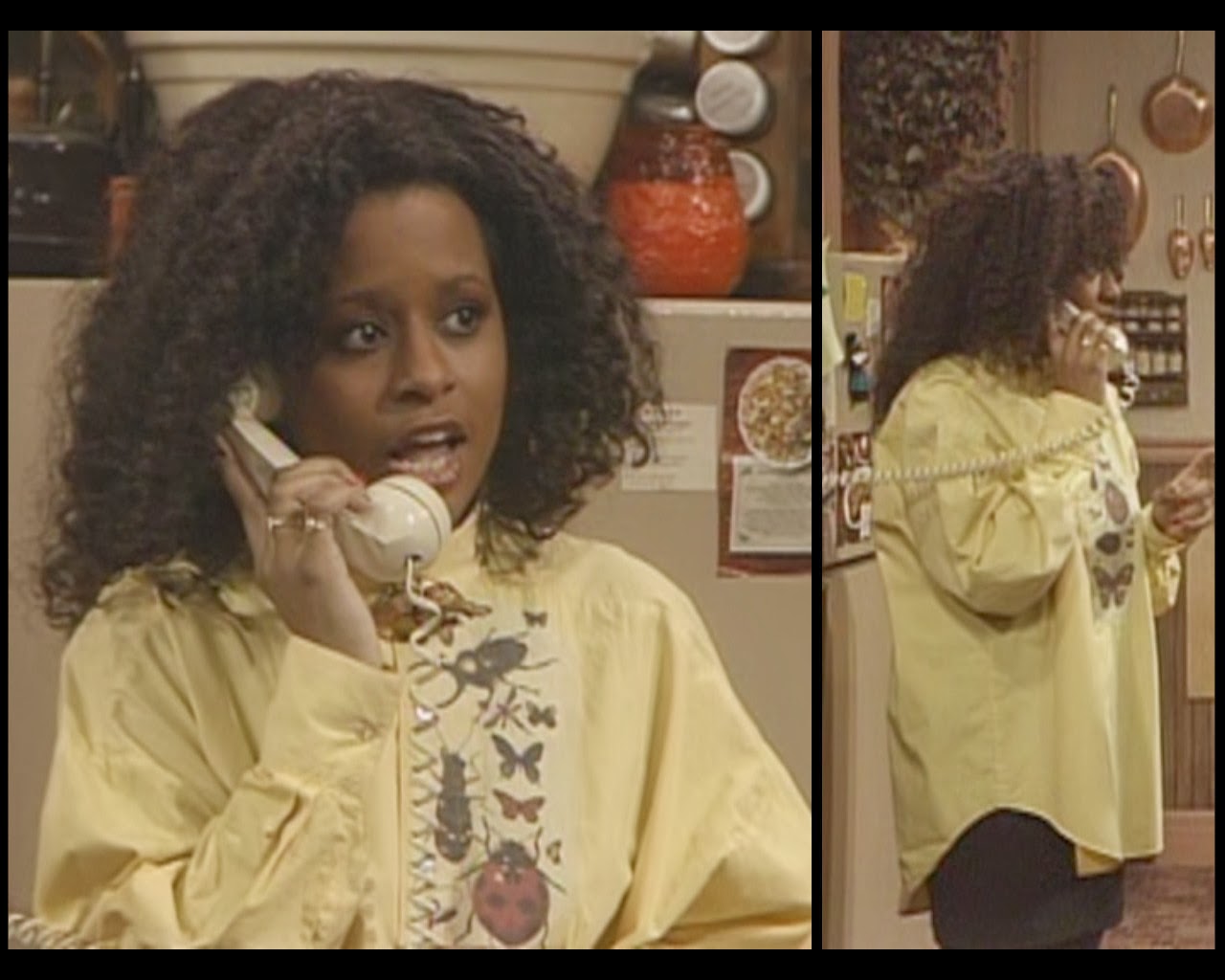 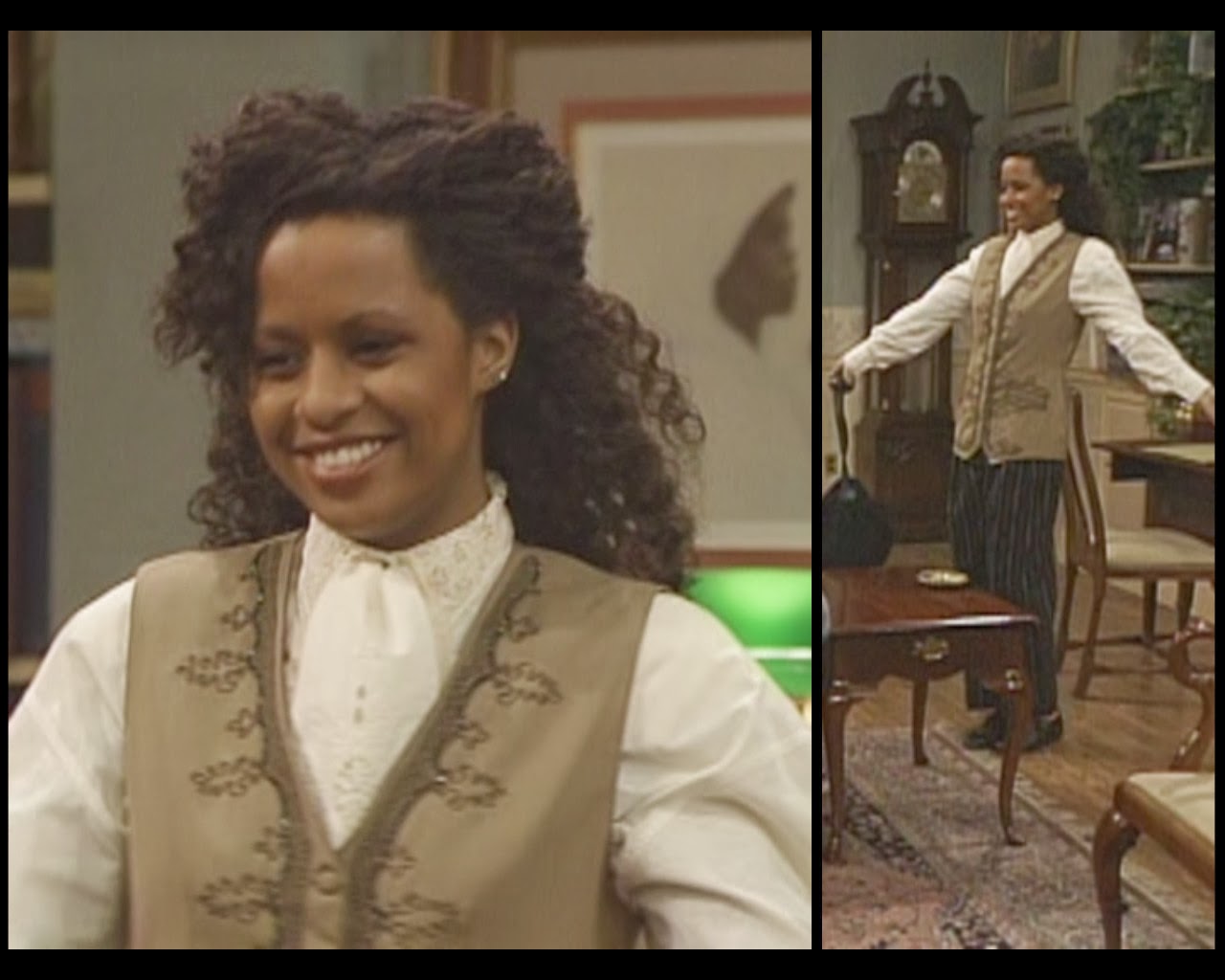 Amazingly not that much better than the bugs.

I usually like it when Vanessa gets bolder with her choices, but this isn't OK with me. Everything feels too fussy. The stripes in her pants are distracting rather than chic. Her vest game is usually on point, but these embellishments don't grab me, and the piece itself isn't as flattering in its shape as some of her other ones. I guess the while blouse is nice, but it needs a whole different ensemble to support it, because it's doing nothing here. 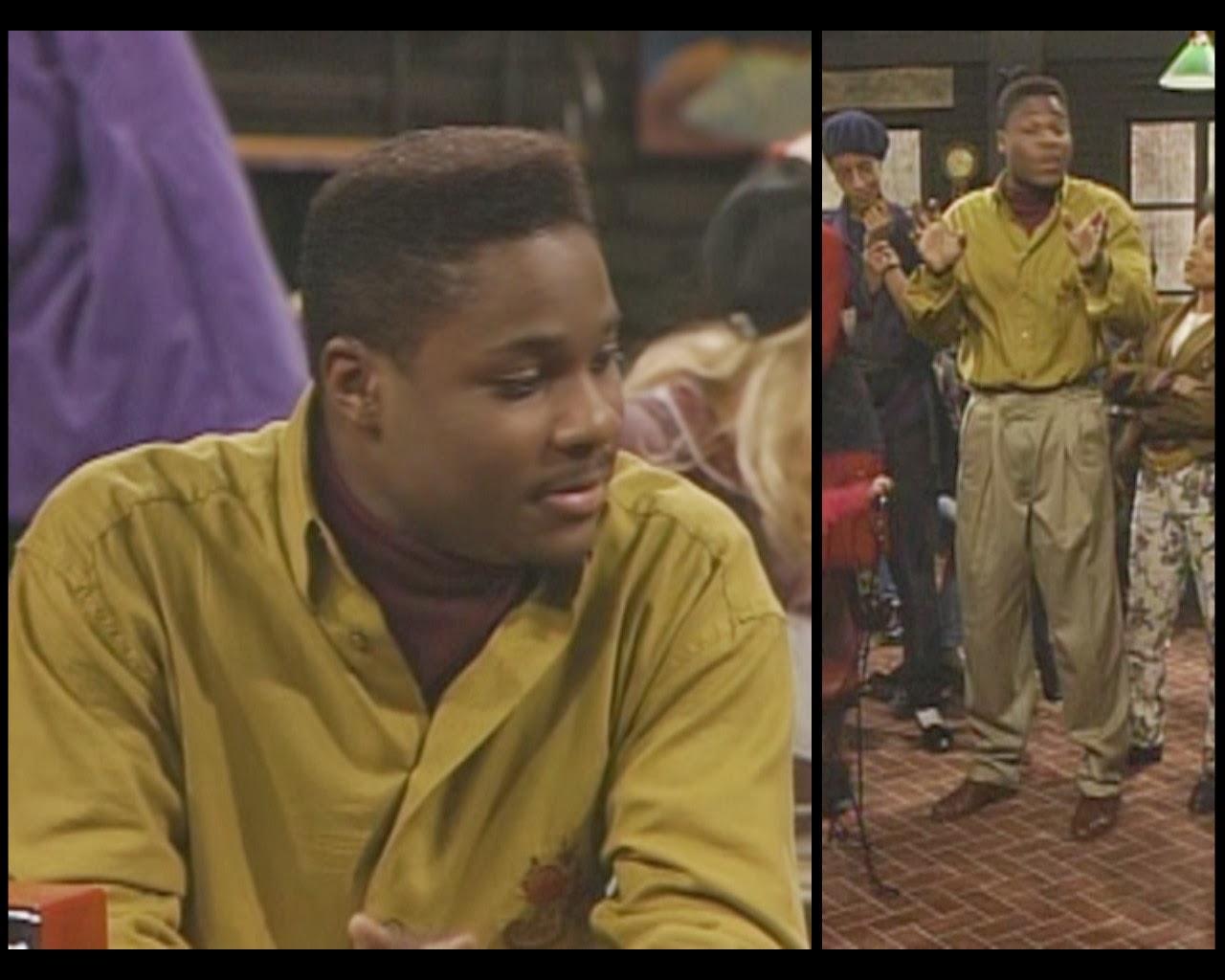 Honestly, whenever Theo wears something that's not a sweatshirt, I'm inclined to give him a little leeway. But these comically voluminous pleated trousers are hurting my heart. I get where he was headed with the turtleneck under the buttoned shirt, but chartreuse and maroon don't scream "yacht club" like that combination of garments is really intended to. Really, that shirt is gross all around, but especially in this context the shade is totally offensive. 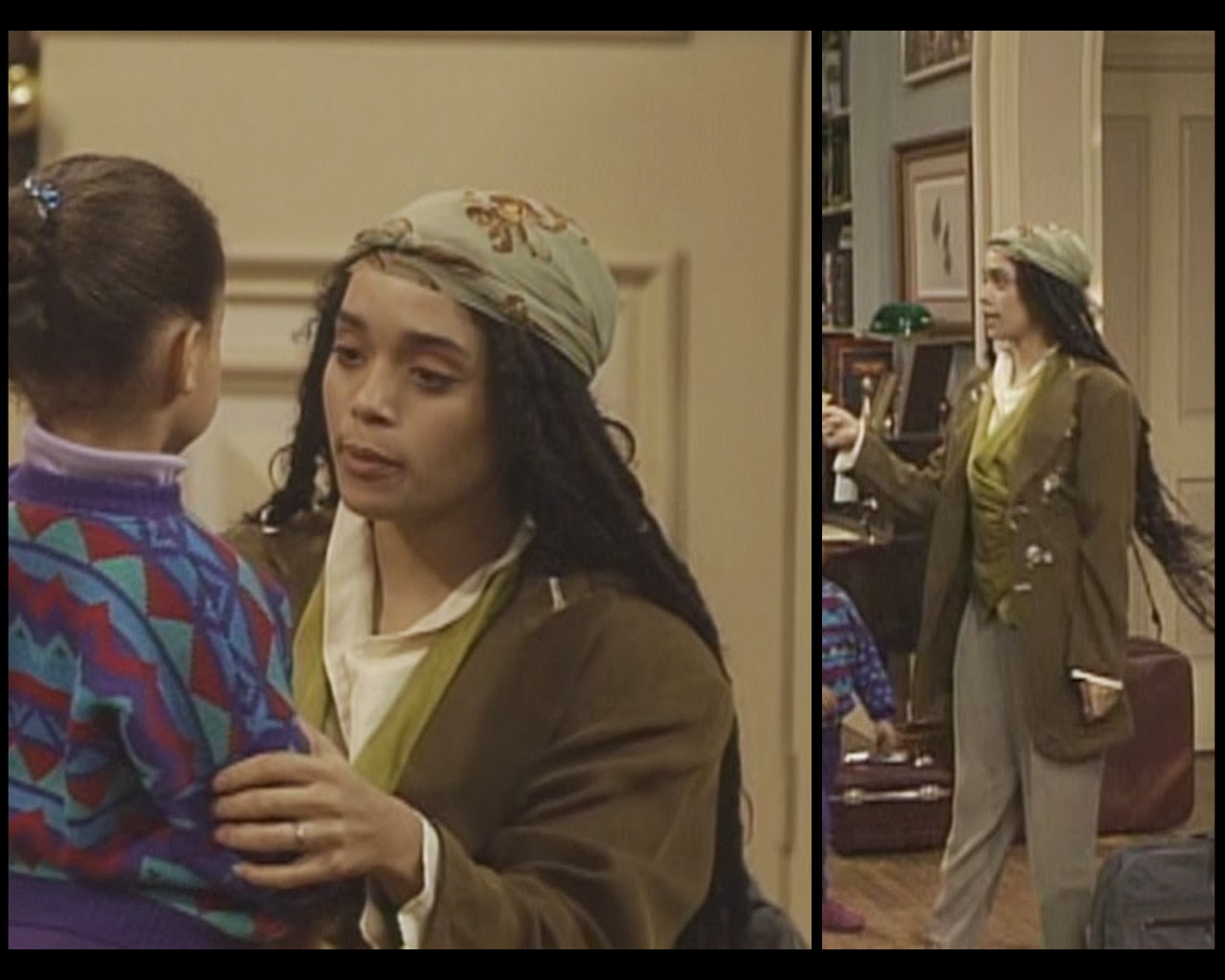 She should be responsible for dressing everyone in the house.

Denise, oddly, provides an excellent example of how best to execute the approach Theo was trying to deliver. She has a similar color scheme in her pants and vest (is that a vest?), but the grayer shade in her trousers and richer green above, along with a slight shimmer, make everything seem kind of fancy and cohesive. The tailoring is more intentional all around, too, so she's really wearing the clothes rather than getting slowly eaten by them. The coat is kind of swank, but it's covered with baubles, which takes it to a casual place, as does the small, almost careless head wrap. I'm most impressed with that white shirt, though, which is so delicate and organic that it may as well be an orchid draped over her neck and wrists. True beauty. 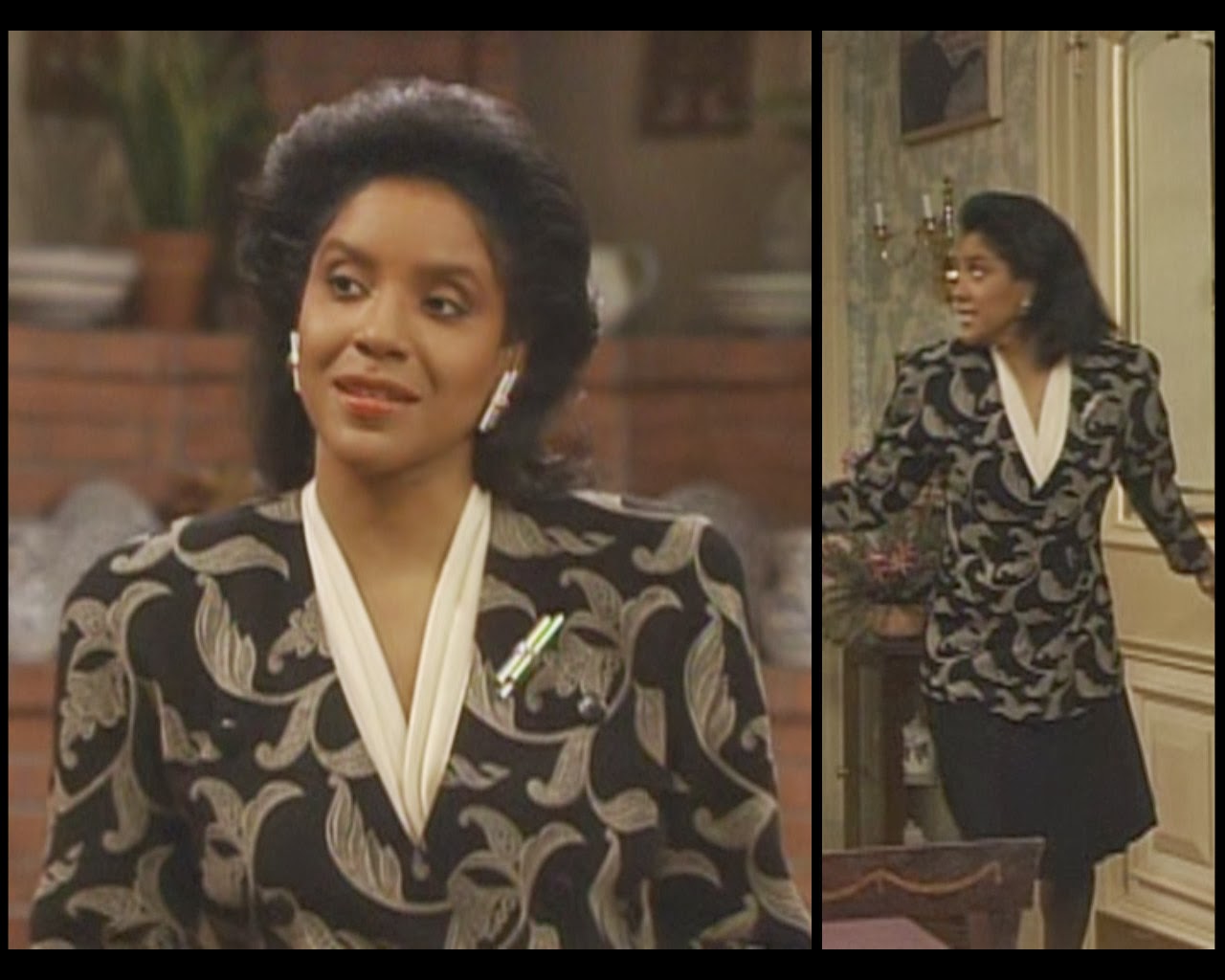 You know I'll defend Clair whenever I can, but this isn't her greatest creation. The silhouette is right, and that blouse is divine, but the black-and-white palette along with the weird upholstery-like patterning in her jacket make me think of Halloween. She's dressed like an extra in The Nightmare Before Christmas. 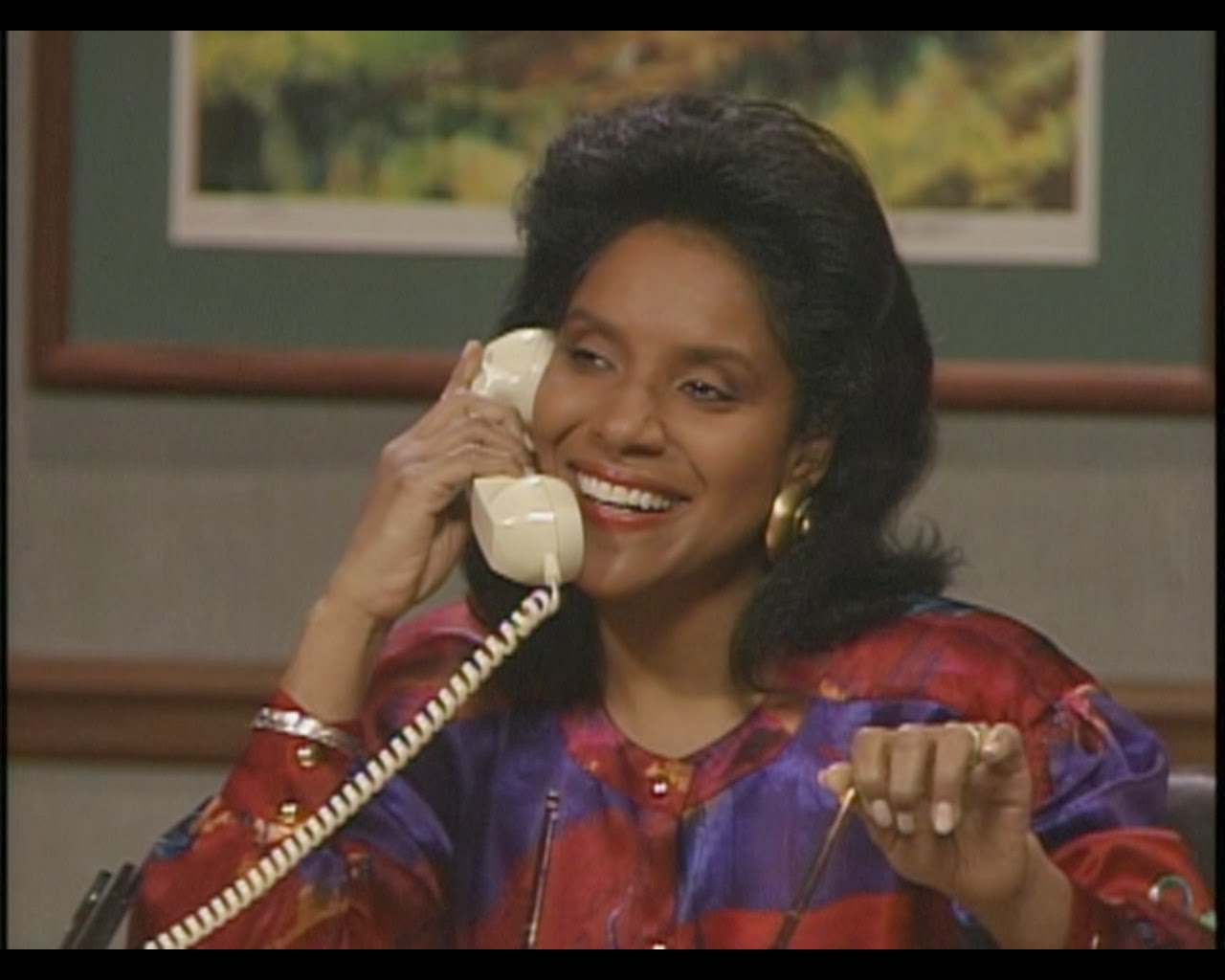 OH NO WHAT HAPPENED

Yikes. Things do not get better when we pop in on her in Washington. I don't know what kind of meeting or convention or support group she went to, but there is absolutely no occasion for which that garment is appropriate. 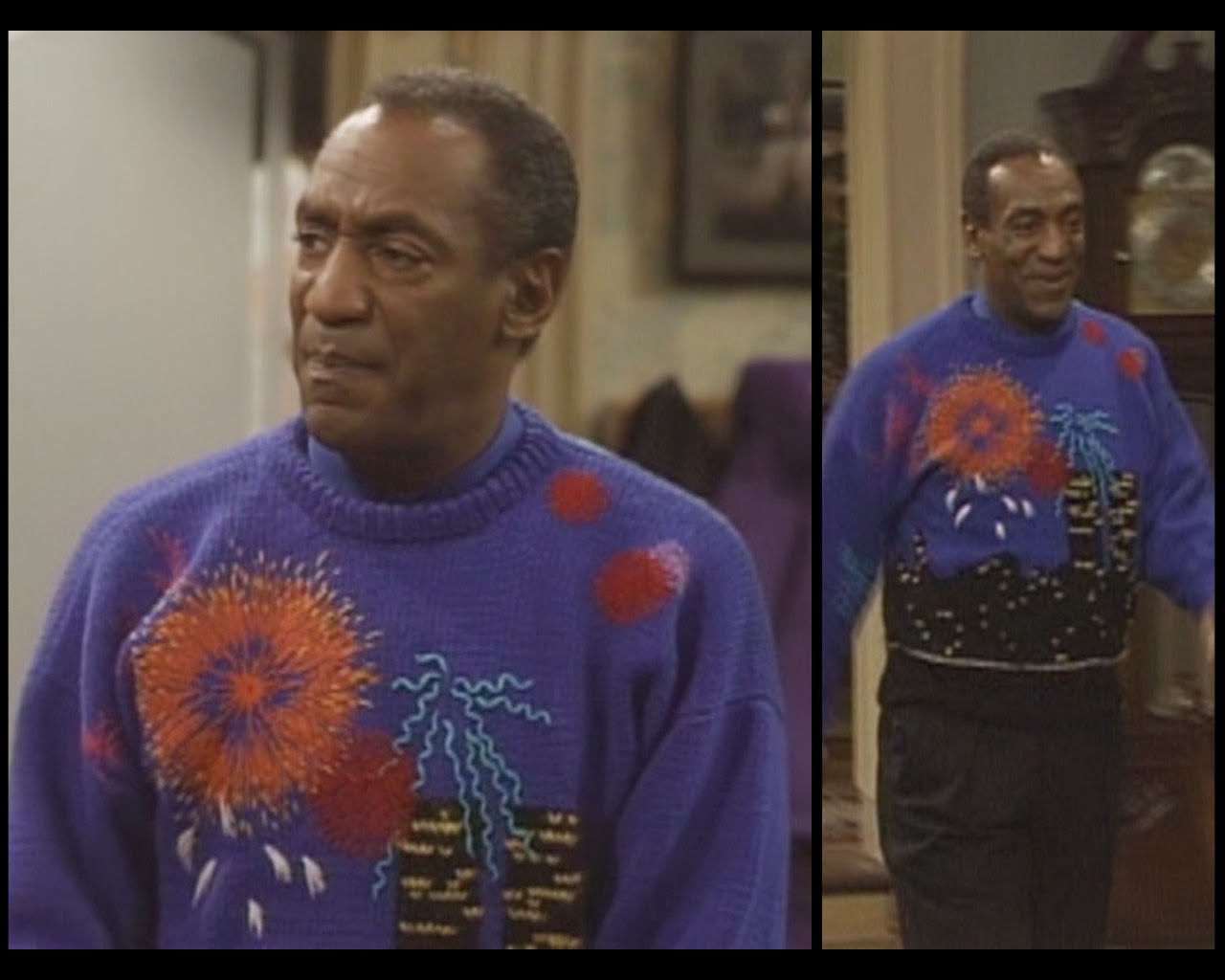 The detailing on those fireworks is incredible, but the depiction of the Twin Towers is now just sad. This sweater is a little too NEVER FORGET for my tastes. Sorry, Cliff: you couldn't have known. 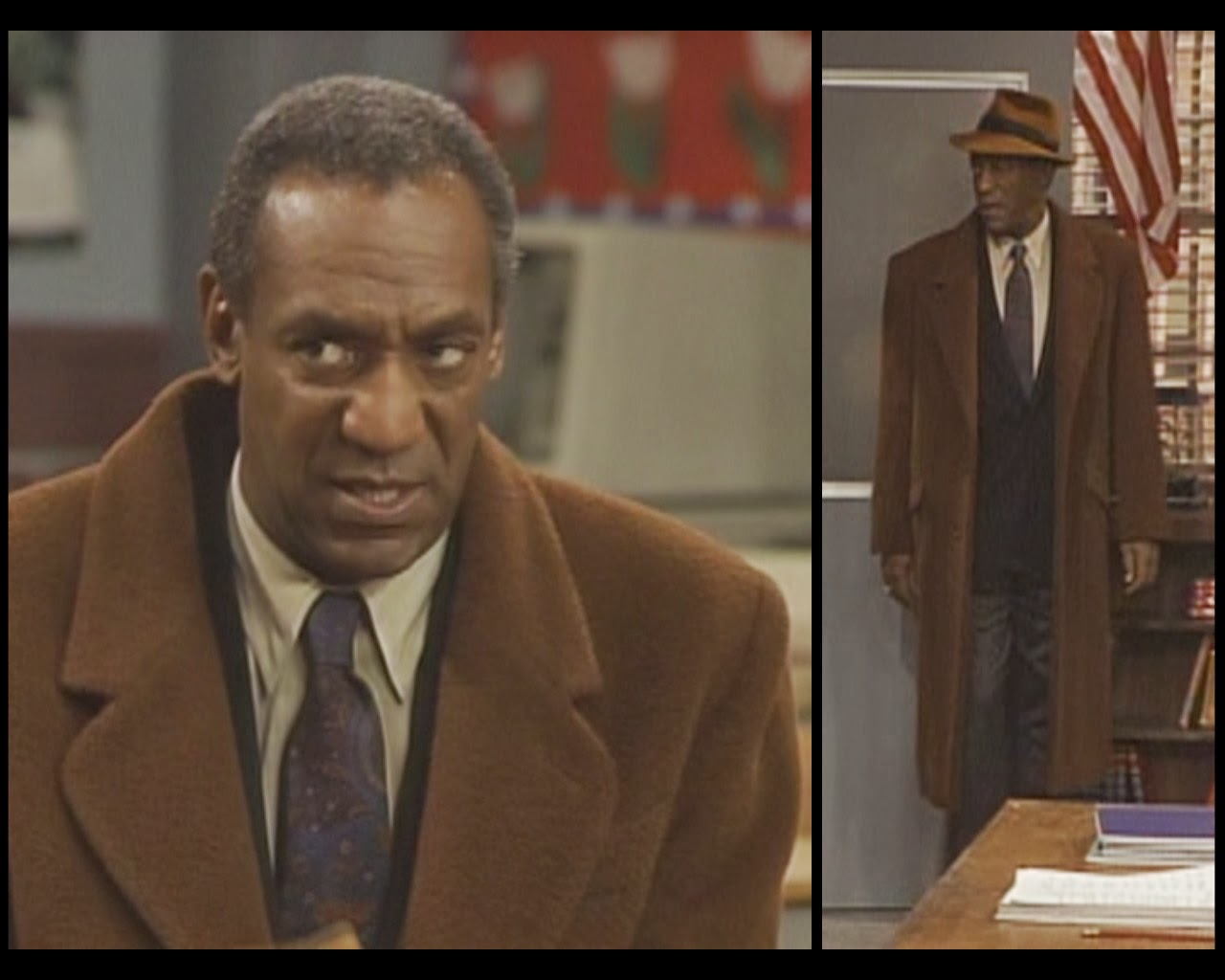 Look how suave the doctor can be when he tries! Like, if he got rid of that tie and picked something classic, this would be a serious situation. I understand that the goofy attire befits his persona, but I wish he'd be this dapper more often, because it works.

OK, I know I keep apologizing for turning these entries in so late, and apologies are empty if I don't shape up. Thanks for bearing with me. Also, I'm looking for a job: any of my dear readers know someone who's hiring writers? Because I can totally do that.
Posted by Unknown at 10:53 PM