Offended that he hasn't yet been invited to Theo's new place, Cliff shows up unannounced and begins to regale his son and his roommates with stories of his own wild college days. Unfortunately, the young men try to replicate some of these antics and end up getting immediately evicted. Uninterested in having yet another child move back home, the doctor begs, pleads, and bribes until the landlord agrees to give the apartment back. 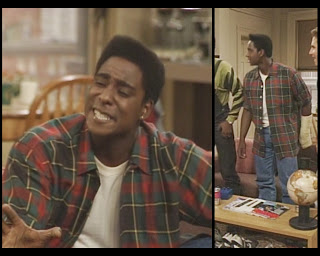 It pains me, too.

Keith Diamond appears as Theo's roommate Danny. The cast is never explained. Nor is the trucker gear. 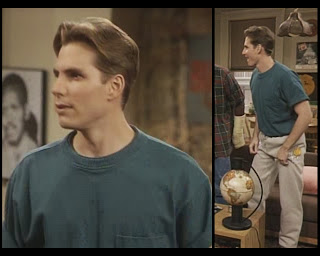 People probably thought he was super hot when this aired.

The other roommate, Glen, is played by Spike Alexander. The only sin worse than lazy trucker gear is sweats. What should I have expected from engineering majors, I guess? 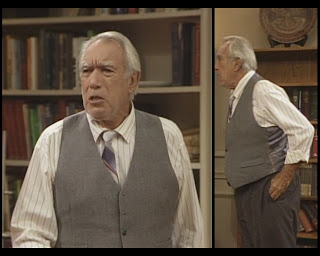 The real get this week in terms of guest performer is Oscar winner Anthony Quinn as Mr. Fuentes, the landlord. I like that he's dressed up in a tie and vest even though he hadn't expected Cliff to show up at his place; he's just a naturally dapper dude. At the same time, the clothes don't fit quite right and the tie is dated, showing that he's keeping up appearances even if he isn't actually making millions. Good character detail, wardrobe! 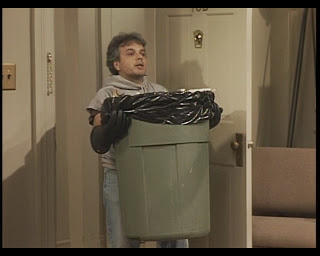 I'm not even talking about his clothes. You can't see them anyway.

Carmen Finestra shows up briefly as Mr. Fuentes' disappointing son. If only he knew that his kid has a side gig as the Wall Street Comic! 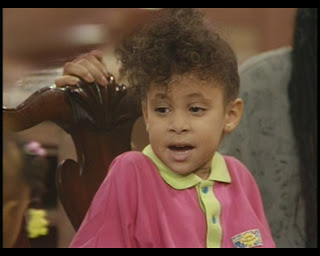 Whatever she's saying, I bet it's sassy.

Most of the family only pops up for a brief dinner scene, and shots of clothing below the waist proved hard to secure in most cases. So here's Olivia showing us how to look cute in a color combo that you can only pull off until your fifth birthday. Enjoy it while it lasts, kid. 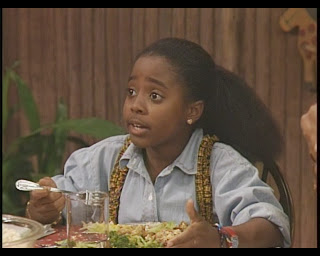 No longer the youngest and/or sassiest.

Rudy, you should take those suspenders to a dermatologist, because they appear to have a rather severe skin condition of some sort. Maybe there's a lotion that can make them less offensive to the eye? 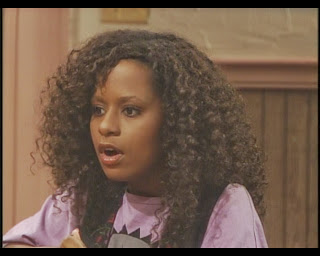 Girl, you'll be a woman soon.

T-shirt. Vest. Sure, whatever. The main take-away here is that Vanessa is now old enough to wear make-up, as evidenced by that perfect shade of lip gloss. 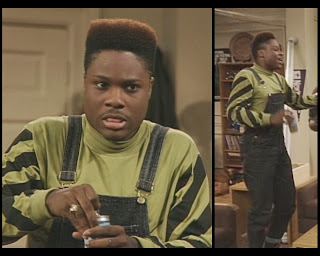 His distress is our distress.

So, overalls are gonna be your "thing" this season, huh? Great. Just great. Theo is delivering a palette best reserved for supervillains, a shirt that could only be worn by a snowboarder in an energy drink commercial, and a denim affront that could possibly never be worn correctly ever. Also, his hair still looks like that. 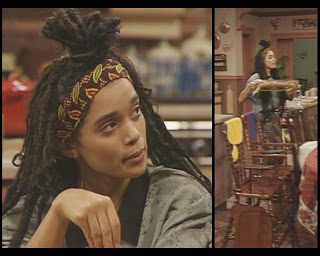 You know who can make that front pouf look good? Denise and only Denise. It's like a metacommentary on the big bangs of the '80s. Otherwise, it's sort of unclear what's going on with her outfit, other than the continuation of her commitment to baggy clothes and African prints. I'm assuming it looks great because really, when has she not delivered for us? 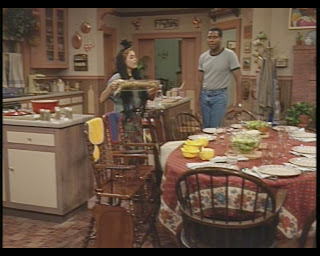 Martin is in jeans and a ringer tee. Yes, this is the best I could do in terms of a shot of his outfit. 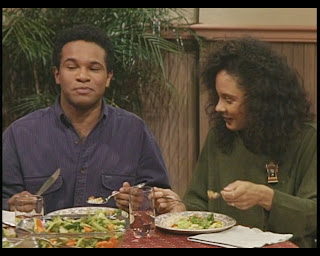 Sondra's wearing green, Elvin's wearing purple with black stripes. Oh, there's a pin. I don't know, they're there for ten seconds and then leave, what do you want from me?! 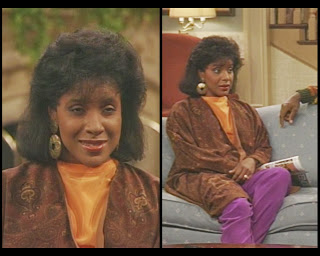 I don't think Clair is wearing pajamas, mostly because she has earrings on, but she didn't seem to leave the house today, and that getup sure does look comfy. Nice pairing of the orange with the patterned brown and red garment over it (even if that is still essentially a bathrobe), but the purple pants take me out of it. A rare misstep from our matriarch. Denise must be sucking her powers away. She is the new Supreme. 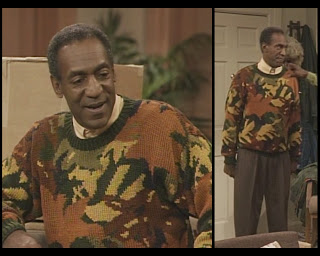 Cliff is feeling the forest fantasy in this sweater. I wonder if he got it from the wilderness store? Then again, you probably wouldn't want to wear this hunting; you'd get blown away for sure. The mellow yellow collar underneath is a delight, though the deep pleats in his pants distract. It's not his fault. I don't even think they started making flat-front slacks until 1993. (At least, that's certainly the impression this show gives.)

Sorry, this one was way late and way short and way lazy. I'm unemployed and trying to find work and applying to school and also playing video games because I can't spend my whole life looking for a job. I'm distracted, OK?
Posted by Unknown at 12:06 AM