The fourth season is upon us. I'm especially excited about this entry because we're about to view my favorite of all the credits sequences. Most people, I feel, are partial to the season 5 opener, which has big dance number that ends with all the spirit fingers parting to reveal Bill Cosby's smiling face. But that's just a bunch of people in gossamer, pastel costumes. What you're about to see, my readers, is fashion. 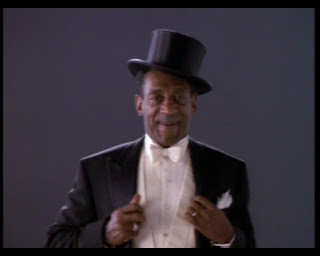 The first image we get is of Bill Cosby in a full-on tuxedo, top hat and all. The white vest and white bow tie absolutely scream old-school glamour. I mean, sans chapeau, this is what Edward Cullen wore to his wedding. (I had to Google that, by the by. I don't watch those movies.) But honestly, with an initial visual like this, you know you're in for a treat. 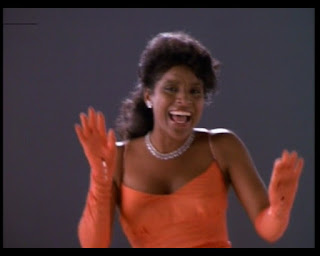 Sure enough, Phylicia Rashad appears in a sherbet-colored confection of a spaghetti-strapped dress, complete with jewels and gloves, honey, such gloves! I love them so much I'm going to pretend I can't see the cheap-ass zippers on her palms. 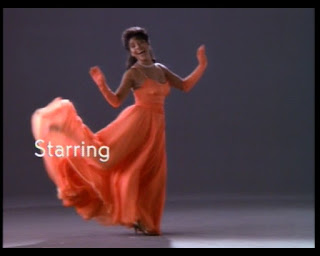 The real triumph in this piece is how it moves. Have you ever seen such delicate rippling? She could be underwater. And the way the light shines through the fabric to change the shade, she might even be wearing water, honestly: it's that supple. 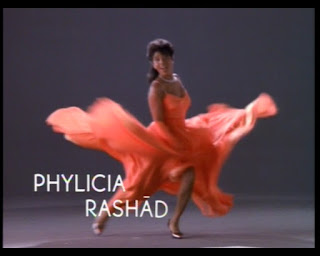 This is art. Absolute ART. 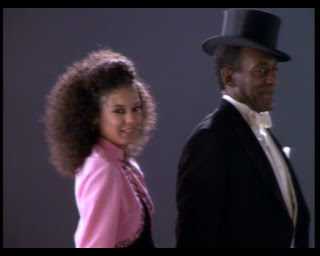 In this moment, I love her.

Next up, Sabrina Le Beauf gets sent out in a darling little baby pink shrug with delicate black detailing. This item encapsulates the style she should probably always pursue, and sometimes even achieves: slim and traditionally feminine but with an editorial edge. Details like the high collar (and the fact that it's a shrug because who even wears those anymore?) make this unique to her vibe. 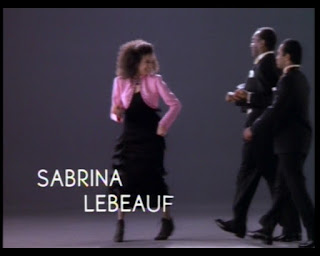 Miss Noxeema Jackson would be in heaven.

As Geoffrey Owens gets led in, she shimmies to let us know that this deceptively simple black tube dress is decked out in so much fringe you can't even believe it. The length is perfect, giving just enough skin to accentuate the bold choice of an ankle boot. All the elements of this are singing in perfect harmony. It's so successful I can hardly stand it. 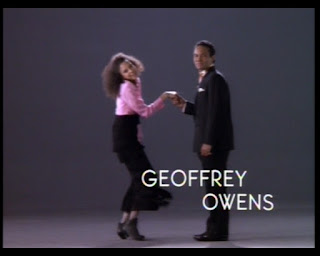 It's rare that she wears something so slimly tailored, at it's breathtaking to see. Using what you've got is the ultimate accessory, and don't ever forget it. Take your weirdness and accentuate it! She's a toothpick with wild hair and she owns it and I love it.

Oh, and Geoffrey Owens is wearing a suit. The end. 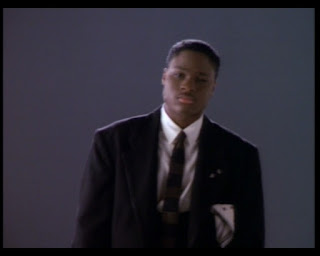 There's no need for that attitude.

Malcolm-Jamal Warner is also wearing a suit, but he's doing it in a sloppy teenager way. The jacket is too big (his shoulders can't go out that far, can they?), and the handkerchief in his pocket is just hanging out all everywhere. 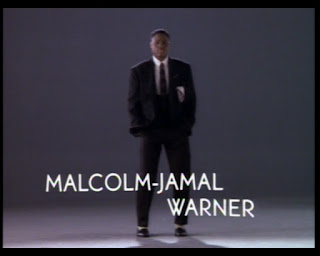 Everyone else is having a good time.

Since the rest of this sequence is so influenced by the 1940s, it's possible that they were going for a bit of zoot suit flare with the shape of his clothes. The shoulder pads and tapered pants evoke the bolder choices of that decade without completely replicating them. I can't tell if I like this subtler approach, or if I'd rather just see him in a totally bright, brazen, five-extra-yards-of-fabric look. I think the latter might actually have been really fun. 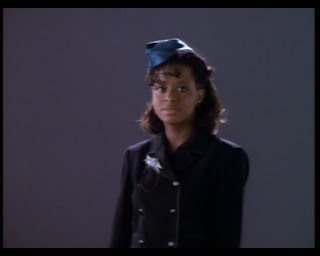 It's OK. You look the best you've ever looked.

Tempestt Bledsoe gets a delightful military-inspired ensemble that recalls the Andrews Sisters, but she spices it up with that perfect shade of satiny, shiny teal. 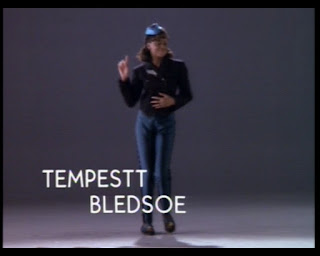 The shape of her jacket is impeccable, as are the tuxedo pants. I'm living for this blue, and she's spanning the divide between modern and classic flawlessly. 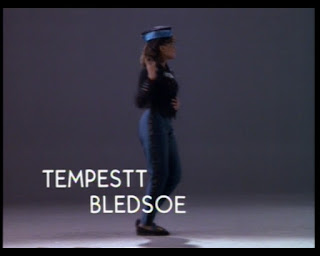 No, really, perfect tailoring. And the turn she's doing is just precious. 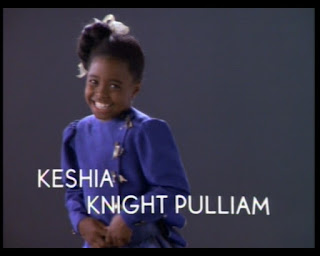 Keshia Knight Pulliam gets a purple dress with an embellished side seam and some slightly-too-puffy shoulders, but who even cares? Her "I'm embarrassed to be on camera" bit is the most adorable thing. Pinch her cheeks, she's the absolute cutest child ever to exist. 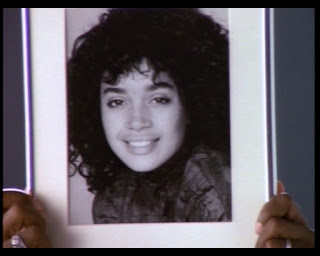 This can't be the best picture of her they had.

Since Lisa Bonet is starring on A Different World, she will join us for only two episodes this season. As a result, she gets this lame framed picture in the credits instead of an actual appearance, without even a name listed. 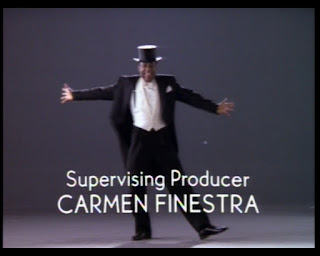 Mr. Cosby comes back while the rest of the credits roll, showing off the tails of his coat and generally making you feel like you ought to be dressed better instead of slouching on your sofa in your pajamas. 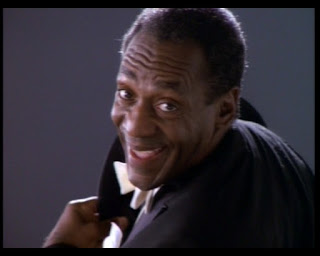