Get excited everyone: Theo is joining the football team! The ironic twist? He sucks. Sorry, proud parents.

This entry is going to be a little shorter, because all the action takes place over a single day, so characters are restricted to one outfit each. On top of that, some costume pieces are repeats, meaning that I'll have even less to work with in terms of generating new content. That's OK, not every entry needs to be a full-on dissertation. So, without further ado, let's dig in.

I'm starting with Rudy today because I have a serious question. 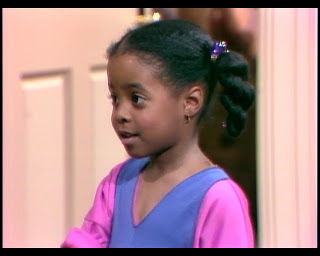 Forever adorable.
Are her ears pierced? She's five. Also, her jumpsuit is highly reminiscent of Clair's romper from episode two. Check it from the back, even. 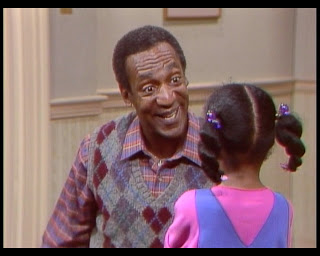 I WILL EAT YOUR SOUL.
This ludicrous screenshot transitions us nicely into Cliff's ensemble for the day. The shirt is pretty bold all by itself, but not offensively so. If it were mine, I'd probably pair it with a less fussy vest; perhaps a solid. Of course, if I took the conservative route, I would never achieve greatness, as Mr. Huxtable has. This is another situation in which everything is much more carefully constructed than it seems. The heathery purple of the argyle also appears in the button-down, unifying the two items, and the maroon from the sweater is complemented nicely by the pink in the shirt. Pretty much all of the hues here are in the same tonal range except for the deepest red and the lightest yellow, meaning that you see the patterns without being overwhelmed by them. It's a careful balancing act; the whole look is on the verge of being a train wreck, and yet it works. 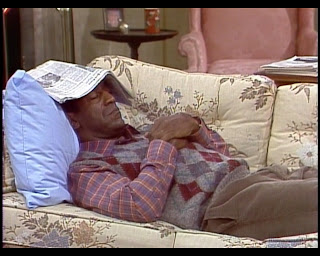 It's tiring to strut it this hard.
The neutral pant was wise. Now, bear in mind, Cliff and Rudy are not alone in the hallway. Who's that lurking behind them like a creeper? 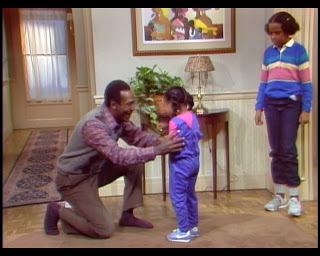 I can't believe they're allowed to wear shoes in the house. They
need an episode where the family steam-cleans that carpet.
Hi, Vanessa. You'll notice she's still rocking the jeans with the sweatpant cuffs. They remain hideous. The shirt is fine. It says, "Hey, I'm eleven and my mom thinks this top is cute." She's big on the barrettes, but again: eleven. It's really not going to be worthwhile to critique her for another couple seasons, but ignoring her just seems mean. (Somehow, verbally tearing her wardrobe to shreds fails to register as "mean" to me.)

Let's shift some of that heat elsewhere. After all, her older sister can always be counted on to stir up some controversy. 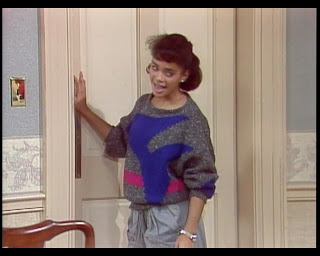 "Hey, have I mentioned how much I love mom hair?"
Denise is also wearing the same pants as last time. My hatred for them is similarly unchanged. They look even worse next to this sweater, which is woefully misguided. The shock of pink is the only good thing I can find here: everything else makes me want to run for the hills and join a nudist colony. If this is what we mean when we talk about clothing, then I want no part of it. The blue smear on the front looks like a spreading disease. It's as if the wool got cancer that went untreated too long and was allowed to spread. Put the poor thing out of its misery already. Well, at least Theo will have had the good sense to get rid of my least favorite article from the previous show. 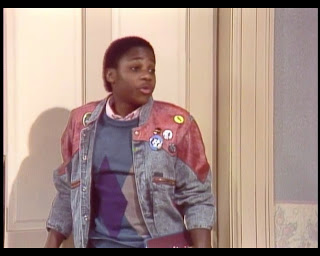 Don't judge a book by its jacket.
God dammit, Theo. If the business underneath weren't promising, I'd completely lose faith. It's tough to say whether that shirt is white or pale pink, but I'm going with the latter, both because I think that's what's actually going on and because it makes the whole look that much punchier. The sweater is also nice; sort of art deco in style and tasteful in its color range. If only he would take that abomination of a jacket off. 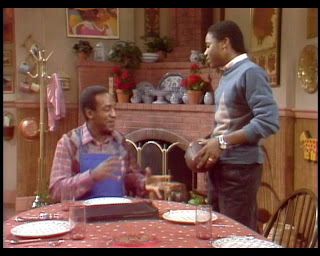 That watch could stand to lose a few pounds.
See how much better that is? He's only fourteen here, but that look is in college. I'll even allow the bunched sleeves, though I fail to understand why all of the children refuse to let cuffs reach their wrists. Do they have a rare allergy that prevents them from allowing fabric to contact their forearms? It makes no sense. 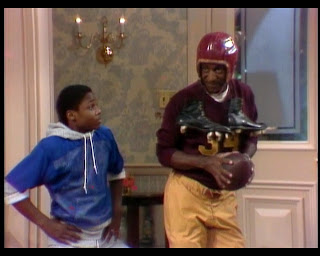 Manliness.
Workout gear, however, falls under the same category as pajamas: not worth reviewing. No one here is going for an aesthetic.

The only one left now is Clair. I've saved her for last because I need some room to emphasize a key point. 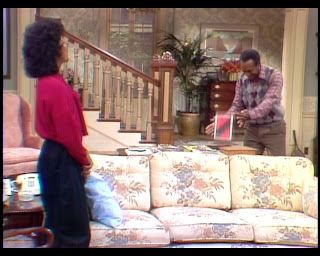 She dressed to match his notebook, it seems.
This may not immediately seem like the best choice of screencap for her outfit, but I have my reasons. I can point out a couple key highs and lows from this angle. Obviously, that red is killer, and wearing it with a black trouser makes for a classy, classic overall impact. The big, floppy bow on the front of the blouse isn't my favorite, but I'll let it slide. If you're working with solids, then texture kind of has to take over as a means of adding interest. Allowing that ethos to go too far, however, has consequences. See, the image above shows us Clair's overall slim figure. But that's not how we first encounter her during this episode. She begins seated at her desk, like so: 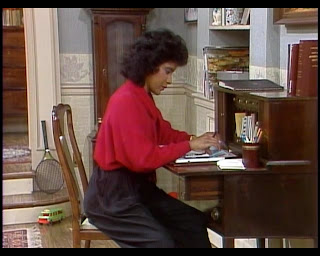 Writing a dissertation on sag.
Now we begin to see the downfalls of too much billowing and pleating. She looks about fifty pounds heavier in this position, simply because of all that drape action. The looseness works against her. Later on, she does a rather vigorous re-enactment of a football sequence for her husband. The dynamic poses end up being quite revealing. Observe. 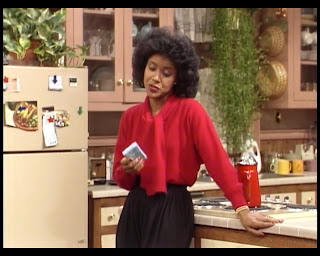 Yes.
That's right: cool, casual, and confident. This woman owns it. Sure, she's swathed in curtains, but she's fabulous. Back off! Only, it was a different story two seconds earlier when she was walking over here. 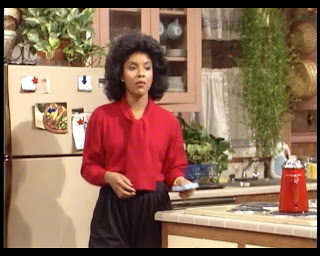 No.
Holy wideness. How is she suddenly so beefy in the midsection? These pants are the devil. Let's try again, shall we? Dance, Clair, dance! 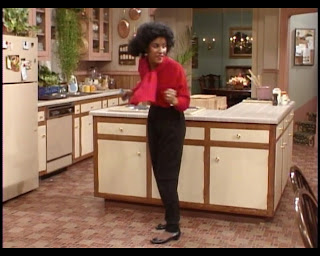 YES!
There's the lithe physique we expect of a 40-something woman who has given birth five times. (At some point in the future, I'll discuss the obvious discrepancy between Clair as a character and Phylicia Rashad as an actress.) It's a shame that her waistline won't survive the turn. 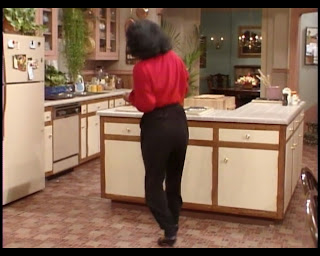 NO!
And back to dumpy. It's like magic! Give us one with a little more troll in it, Clair. 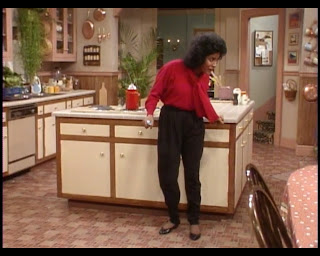 OHGODWHY?!
Perfect. This pose really shows off your ill-advised neck adornment. Why couldn't this have been one of the days when you changed after work?

And with the last outfit out of the way, I now bring this entry to a close. It's always sad to cover the shows filled with regrettable choices. I'm keeping my fingers crossed for some real gems in episode five.
Posted by Unknown at 3:32 AM